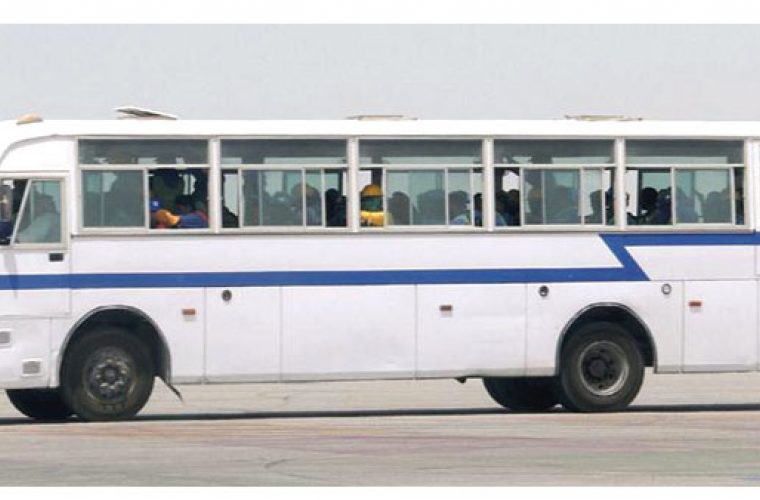 Yet another summer has arrived, but there is little respite in sight for a majority of construction workers who continue to sweat it out in buses without air conditioners.

Around three years ago, it was announced that airconditioned buses would be introduced to transport construction workers between their accommodation and worksite. However, there has been no sign of such “labour-friendly” buses hitting the roads in large numbers until now.

Only a fraction of construction companies uses air-conditioned buses to ferry their workers during the summer, it is learnt.

“We rarely get enquiries for airconditioned buses from construction companies to transport their workers,” said the fleet manager of a firm that supplies buses to a number of companies.

The official said he has been in the business for more than 18 years, but has come across only a handful of companies that have asked for airconditioned buses.

He, however, could not say if any company was using its own airconditioned buses to transport its workforce.

Sources in the transportation industry said some construction companies where western expatriates were in key positions insisted on using airconditioned vehicles to ferry their workers. “However, such instances are few and far between,” said a young expatriate managing a company supplying buses.

While there is a law in the country to protect workers from the heat through restrictions on outdoor activities during the summer, no such rule exists to ensure better travel conditions for labourers, say sources.

Sometimes workers have to travel in non-AC buses for an hour or more to reach their destination. Explaining their predicament, some workers of a construction firm complained that their managers had been using old buses - 10 years or more - that were not in very good condition. “We have asked for better buses on many occasions, but our supervisers have always ignored our requests,” said a Nepalese worker.

Workers in some of the smaller companies are somewhat more fortunate in this regard, it is understood. This is because some of these companies, which have a relatively small workforce, use airconditioned mini vans for workers’ transportation.

A senior contracts manager of a major construction firm said the labour department - as part of the new reforms it is initiating - could consider making it mandatory for contractors to use only airconditioned buses for their labourers. “If such a law comes into effect, employers will deploy AC buses for their workers in no time.”

Meanwhile, some workers from Ras Laffan said they preferred travelling to Doha during weekends in the airconditioned Mowasalat buses even if it meant spending some money on fares. “It is better than enduring the intolerable conditions in our companies’ non-AC buses,” said an expatriate.