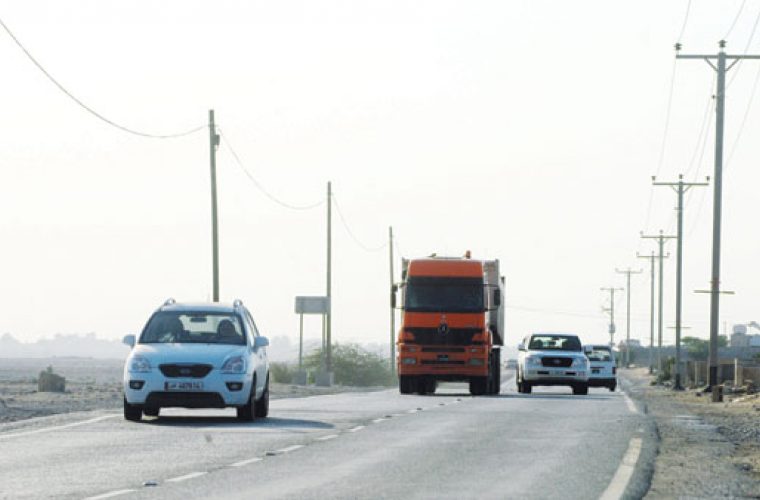 A road that gives remarkably good connectivity with the Industrial Area for a considerably large number of commuters, especially those coming from many localities of the city is giving nightmares these days to the motorists, particularly in the evenings owing to the absence of street lights and its uneven surface. When the two-lane Mesaimeer-Wakrah road, landing on the Airport road, about a kilometre ahead of BarwaVillage when coming from Doha was opened for traffic a little more than a couple of years ago it was widely recognised as a vital link for a large number of daily commuters between the Industrial Area and city suburbs and also for many others travelling between the Church complexes in Mesaimeer and Doha, mainly between Thursdays and Sundays. However, of late a journey through the nearly 7-km stretch has turned out to be extremely difficult for motorists as trailer traffic through the road has gone up manifold and it has resulted in weakening its surface. Add to this the absence of street lights and the astonishingly larger number of humps. A large number of uneven areas has also come about on the road in recent months, apparently because of the higher levels of vehicular frequency and also due to vehicles carrying more loads than their permissible limits. “We used to use the road on a regular basis for our travel towards Mesaimeer in the weekends even though there were no street lights along the route. However, now we have stopped taking this route as the trailer movement along the road has gone up severely in recent months. Moreover, many of the trailers move along the route without switching on their rear lights,” said an engineer who was among the regular travellers until 5-6 months ago. Now like many others he also uses a longer route to travel to Mesaimeer owing to the increased vehicular traffic in the evenings. Another city resident said even though only single-lane traffic is possible on either direction, many motorists including those driving large vehicles indulging in overtaking is a common sight, thus making journeys a real nightmare for most others. For those travelling between Barwa Village and many areas such as Abu Hamour, Ain Khalid, Al Mamoura and Mesaimeer also the road serves as an easy route, as it cuts short their travelling time considerably. “However the absence of street lights and the increasing frequencies of the vehicular movement have forced many motorists to avoid the route in the evenings, of late,” said a driver of a bus carrying construction workers. Even many buses ferrying children to the schools in Mesaimeer, and Abu Hamour are using the road for their journeys in the mornings. While seeking the installation of street lights along the route on a war footing, the travellers are also asking for monitoring of the traffic by authorities both in the peak hours as well as after sunset. “Trailer drivers should be told in uncertain terms to switch on their rear lights as it would help others coming from the behind to recognise their presence on the narrow road,” said a motorist. http://www.gulf-times.com/qatar/178/details/375924/absence-of-lights-on-key-road-makes-driving-risky