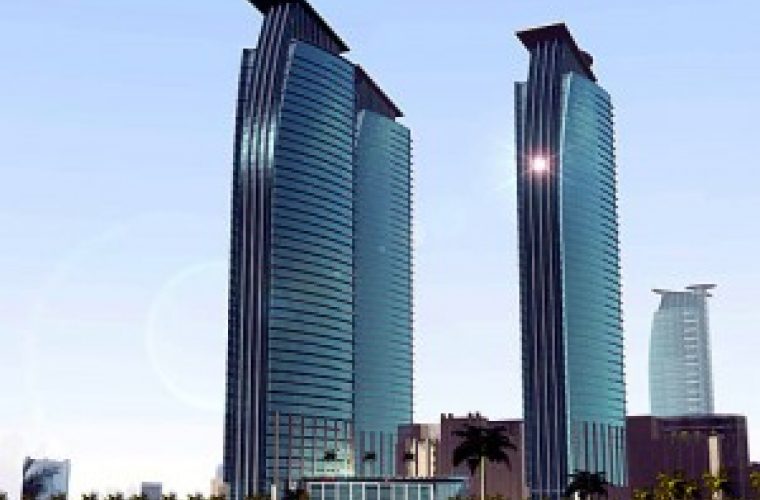 Aamal Company ( Aamal ) has maintained its strong growth profile in 2012 full year reporting a net profit of QR624.5m, up 17 percent compared to the year 2011. Aamal ‘s Group revenue is up 19 percent to QR2.28bn as against QR1.91bn in 2011. The group’s reported earnings per share is up 21.1 percent to QR1.09 compared to QR0.90 in 2011. The board of directors yesterday proposed bonus share distribution of 55.5m shares. Sheikh Faisal bin Qassim Al Thani, Chairman of Aamal Company , said: ” Aamalhas again delivered another strong annual performance in 2012 as we maintained our strong growth record, increasing revenues by almost 20 percent and reported earnings per share by more than 21 percent. ” Aamal continued to expand its Industrial Manufacturing businesses in 2012, growing divisional revenues by over 32 percent year-on year in line with its established strategy to position itself to exploit the opportunities of Qatar‘s impending infrastructure investment programmes. As a result Aamal is now predominantly an industrial company, deriving almost two thirds of total revenues from the Industrial Manufacturing division. This puts the Company in a strong position to seek, identify and capitalise on the growth opportunities that are being afforded by the rapid industrialisation of Qatar through a co-ordinated and committed economic development policy anchored in carefully planned exploitation of reserves and modernisation. The Qatar Government’s National Vision 2030 is the principal framework behind this policy, designed also to attract and stimulate foreign and domestic private capital. “Although Aamal is now principally an industrial manufacturing company, we continued to follow our policy of diversification across a number of non-manufacturing sectors. I believe that this is what makes Aamal so unique as it is one of the few Qatari companies with the business model to benefit across the economic spectrum, providing high quality, balanced and direct investment exposure to the Qatari growth story. “For instance, during 2012, Aamal established Innovative Lighting, a JV with C&C Lightway of South Korea that trades in and distributes LEDs and other lighting products for the Qatari market and the wider GCC region and fully consolidated Ci-San Trading following its acquisition of 74.5 percent of Gulf Rocks Company, a leading importer and distributor of high quality gabbro aggregates. In terms of organic growth, our Trading and Distribution division launched a new consumer products line (“Gettco Home Appliances”) and secured sole Qatari distribution rights to supply Energizer Automotive Batteries. Furthermore we continued to invest in the expansion of our property portfolio, including Qatar‘s flagship retail complex, City Center Doha. “For Aamal to be such an integral part of this National Vision 2030 programme is what continues to excite and motivate us and I remain extremely positive about our prospects. For that reason, and in recognition of the strength of our performance in 2012, I am delighted to announce that the Board of Directors has today recommended to the General Assembly to be held on 24 April a bonus share distribution to Aamal shareholders of 55.5m shares, equivalent to 10.1928 percent of the company’s share capital. This share bonus will further increase Aamal ‘s share capital by a nominal value of QR555m to QR6bn.” Revenues at Aamal ‘s Industrial Manufacturing division rose by 32.2 percent for the year compared to 2011 and now make up 63.9 percent of total company sales (versus 58.9 percent in 2011, before the elimination of intra-company sales). Senyar Industries,a JV set up in 2007 with El Sewedy Electric Company (a leading listed Egyptian company) and currently has two principal business lines (Doha Cables and El Sewedy Cables), with a third (Doha Transformers) due to become operational in 2013. This JV saw a 21 percent uplift in sales over the course of 2012 even though 55 percent of revenues and profits from El Sewedy Cables are now being consolidated compared to 100 percent in 2011, following a revised shareholders agreement effective from 1 January 2012. Other existing operations also saw a significant increase: Aamal Readymix grew its sales by 37 percent during 2012, largely due to an expansion of its production capacity with the launch of one of the Middle East‘s largest concrete batching plants in January 2012; and Aamal Cement managed to almost double its sales having introduced new products such as hydraulic pressed cable covers, and curb stones and decorative slabs in various shapes and sizes. Revenues for the Property division rose by 9.6 percent, reflecting an increase in rental levels at both City Center Doha (following the recent expansion and renovation of retail space, and paid for parking), and Aamal Real Estate, which includes a full twelve months’ contribution from the Markhiya residential complex that was fully leased out from the beginning of April 2011. Tarek M. El Sayed, Managing Director of Aamal , said: “It has been our conscious decision to reposition Aamal as primarily an industrial manufacturing one in order to participate fully in Qatar‘s rapid modernisation. This has now been largely achieved with almost two thirds of its revenues being derived from this area. So, it is incredibly satisfying to see Aamal post another strong set of results as it reinforces our conviction that our long term strategy of focusing on growth in the industrial sector is the correct one”. Source : Qatar Chronicle