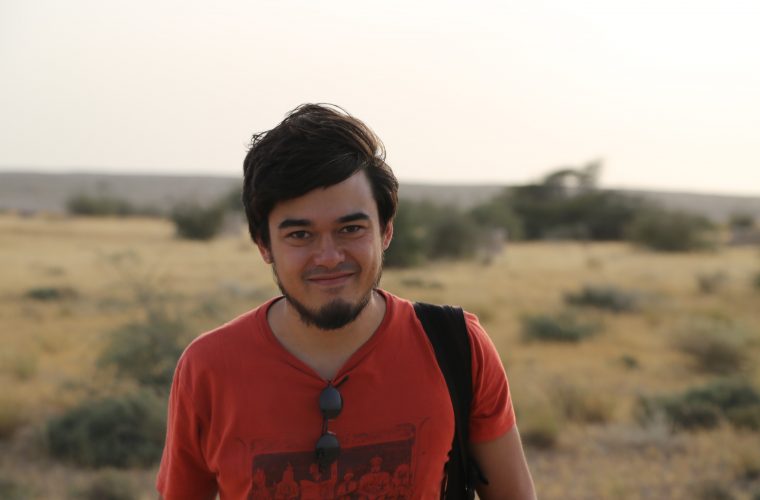 Held under the patronage of Qatar Museums Chairperson, Her Excellency Sheikha Al Mayassa bint Hamad bin Khalifa Al Thani, Qatar Brazil 2014 was QM’s third consecutive Year of Culture. In collaboration with the Qatar Photographic Society (QPS) and the Ministry of Culture, Qatar Museums invited two Brazilian photographers, Leonardo Wen and Andre Joaquim, to Qatar to explore the people and landscapes of the country and record their experiences photographically. In turn two Qatari photographers were welcomed by their Brazilian colleagues for a two week expedition across Brazil. The work of all photographers was presented in an exhibition in Qatar last June.

During his visit Leonardo Wen went to Zekreet where he viewed the new Richard Serra art installation East-West/West-East and spent the evening barbequing in the desert under the stars. Commenting on his experience of Qatar, Leonardo Wen said: “Spending the night in the desert in Zekreet had a real impact on me. Qatar is a special place on earth; its people, urban and natural landscape, religion, light and energy make it a unique place for any photographer.”

Safiya Al Hajari, Director of the Office of Strategic Cultural Relations said: “We are proud that Leonardo’s work has been recognised at this international competition. His success is really what we try to achieve through this programme. It offers a great opportunity for photographers to discover a country, improve their photographic skills and gain recognition for their work. “

Leonardo Wen is a Brazilian independent photographer specializing in documentary photography, photojournalism and portraits. Born in Brasília, 1981, he currently lives in Lima (Peru) where he’s doing a master course in contemporary photography.

He lived in São Paulo for 10 years. In this period, he got a bachelor degree in photography at Senac University Centre and worked for 5 years for Folha de S.Paulo, the most influential Brazilian newspaper, where he still collaborates. His other clients include Abril, Globo and Trip magazine publishers.Apart from his editorial work, Leonardo has also been developing personal projects in photography. In 2008 he released his first book: “MetaBrasília”, sponsored by the local government. In 2011, he released a second one called “Apto – the modern housing of Brasília,” financed by the Ministry of Culture. Leonardo Wen was so moved by Qatar that he very much would like to come back and explore more of the country during a residency program. He says: “I think everyone tries to understand the world, and especially themselves, by observing the way others live. Photography is a way to do this. For the photographer, it is a channel to experience the reality of others. For the public, it is a window to other worlds.”

Lima Photo is an international fair that supports and disseminates international contemporary photography. Repsol Peru and Lima Photo International Fair invites avid photographers from around the world toparticipate in the photo contest, Repsol - Lima Photo. which carries no theme and aims to inspire new and innovative photographic works.

New Angles; New Perspectives is a unique visual journey in which four photographers have captured the essence of two different cultures and environments, through their lenses. The images connect each of the photographer’s individual styles helping us to see other human beings from a unique perspective through their artistic conceptual methods in photography. The works provide a perception which emphasizes how to see the world from new angles and get new perspectives on how others live.