A cultural exchange of music: German choir to perform in Qatar 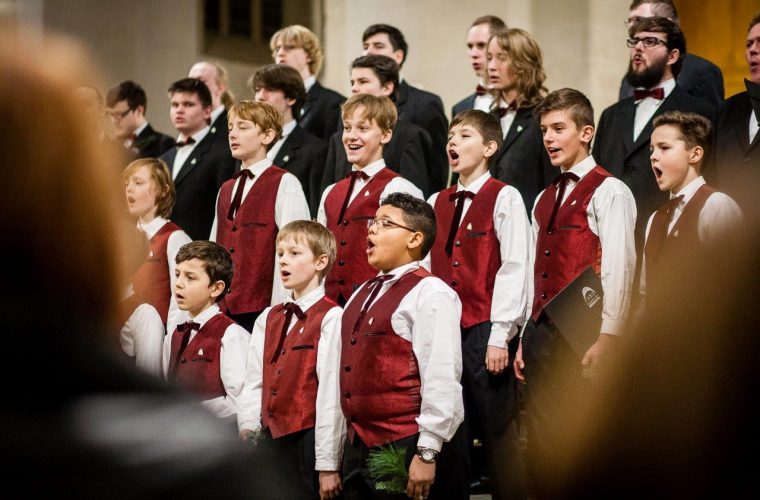 Doha’s sand-hills are alive with the sound of music! Instead of flying out all the way to Germany to listen to the beautiful and synchronized voices of German choirs, you can hear it right here in Doha!

As part of the Qatar German Year of Culture, the Doha Youth Choir (DYC) is going to be hosting the German Magdeburg Knabenchor all-male choir to perform in Qatar. In collaboration with the Doha German Embassy, DYC has announced its latest concert in April when the visiting Magdeburg choir from Germany will perform.

DYC’s founder, Director Alena Pyne said, “Germany is renowned for the significant contribution by composers to world music since the early days of music’s development. So many composers of standard classical repertoire hail from this great land, such as JS Bach, Schutz, Beethoven, Brahms, Schumann, Wagner.”

DYC typically journeys to other countries to perform its music, but at the same time also hosts choirs of standing and influence from around the world. To highlight the Qatar German Year of Culture, DYC has brought in one of Germany’s most renowned choirs, the Magdeburg Knabenchor.

Founded in 1985 under the continued artistic direction of Frank Satzky, the Magdeburg Knabenchor, will be performing in Qatar with DYC for the first time in an effort to promote cultural exchange. Choral singing is a large part of German heritage, and their all-male choirs are a great source of German pride.

The concert program includes choral literature from the past to the present, four-voice compositions, a cappella as well as accompanied music performances, from classical to folk, and even pop songs.

According to Pyne, the concert is a result of great community collaboration between many different partners. The main partners — including the host venue and long-time supporters of the choir — for the presentation are the German International School of Doha, the Millennium Hotel Doha, Yamaha Fifty One East, Saracen Community Initiative, and the Goethe Institut.

“Doha Youth and Junior Choir also remains indebted to Doha College for providing us with a great rehearsal space every week,” said Pyne. “Finally, we are very grateful to the Qatar German Year of Culture Committee for approving this concert as one of the events in the 2017 year of culture calendar.”

The Magdeburg Knabenchor FIFTY/FIFTY concert will take place on April 8, 2017 at 7:30 pm at the German International School Doha.

In collaboration with the Doha Youth Choir, we're hosting a special competition where we're giving away two pairs of tickets (two winners will receive two tickets each) for participants who are able to answer this question correctly!

Who is the director of the Magdeburg Knabenchor choir?

We will be drawing the winners for the competition on Tuesday, March 28, 2017. So make sure to enter before then! Good luck!

Will you be attending the concert happening this April? It's a once-in-a-lifetime experience! Don't miss out! Please comment below and don't forget to share!