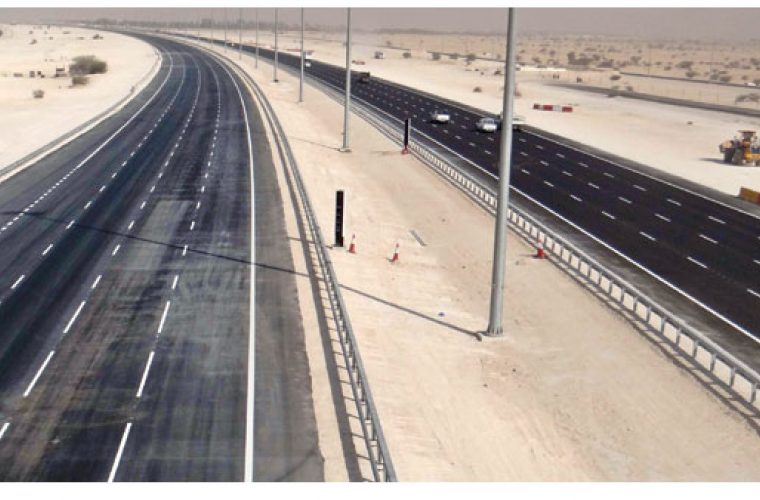 The Public Works Authority (Ashghal) has opened a 9km stretch of the Dukhan Highway Central, paving the way for easy traffic flow between Dukhan and Central Doha.

Motorists are expected to experience major improvement while driving on the arterial highway following the opening of the dual-carriageway with four lanes in each direction from Shehaniya Interchange to Al Rayyan Stadium Roundabout.

Dukhan Highway is considered one of the most important sections of the road network in Qatar. It serves the local community as well as the adjacent areas, especially those who work in Dukhan and Al Shamal areas.

To increase the safety of road users, the driving speed has been limited to 120 km per hour.

Ashghal last month opened the Al Wajba Interchange, a part of the Dukhan Highway Central expressway project, which provided access to Al Wajba and Al Seej areas and resulted in a much smoother traffic flow in the area.

Dukhan Highway Central project includes the construction of 15km of a new highway starting from west of the existing Al Wajba Interchange and ending east of the town of Al Shehaniya. The project also comprises a dual carriageway with four lanes in each direction, service roads and a cycle track.

The project, commenced in Q2, 2011, also includes the construction of two underpass interchanges at New Wajba and Al Dehailiyat Army Camp. In addition, a major multi-level interchange “Rawdat Rashed” will be constructed at the junction of Celebration Road to accommodate access to Al Rayyan Stadium, the Mall of Qatar and other projects currently under construction in the area.

Significant enhancements to the local utility networks have been implemented on essential utility infrastructure such as water and TSE (Treated Sewage Effluent) supply, electrical and communication cabling.

The project is part of Ashghal’s Expressway Programme that provides a vital highway network stretching over 980km and including more than 10,000km of lanes and more than 240 intersections. This is besides an integrated infrastructure that serves Doha, other major cities and external areas across the country. With the completion of the programme, Qatar will be able to boast of one of the most prominent and advanced road networks in the region.