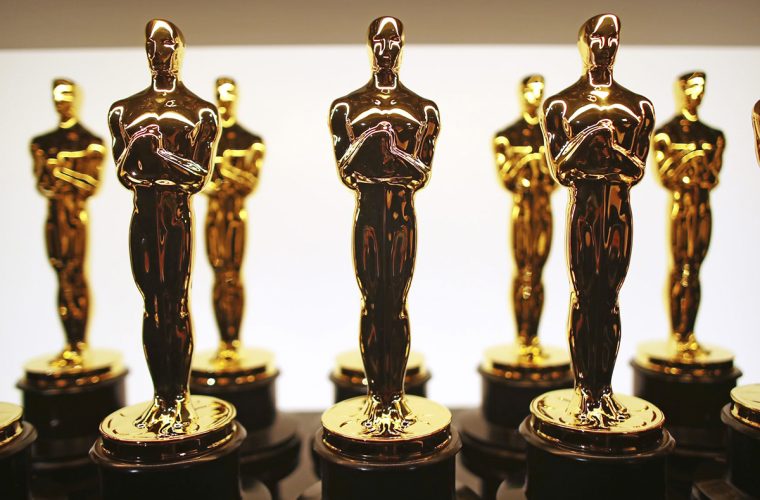 The who's who of Hollywood gathered once more in the posh Dolby Theatre auditorium on Sunday night for the annual Oscars -- and this time (unlike a controversial Best Picture mix-up last year), there were no mistakes.

The star-studded night had one of the most unpredictable Best Picture nominees in years, with an interesting mix of genres ranging from fantasy-love story, to horror. Sunday night's ceremony proved that, in spite of an unexpected line-up of nominees, the top accolades still favoured the early favourites.

The Doha Film Institute's (DFI) co-financed animated film, Loving Vincent is nominated for the Best Animated Feature category, alongside The Breadwinner which served as the opening film for Ajyal Youth Film Festival 2018. And although the DFI babies weren't called onstage -- Coco brought home the golden statuette for this category -- the gathering of Hollywood's biggest stars still caught everyone's attention.

Now in it's 9th decade of giving honour to the countless talents making up the film industry, here are 9 best moments from last night's Academy Awards ceremony:

1. The Shape of Water -- a tough contender for the title -- won Best Picture! (as expected)

Critics and cinephiles knew that out of the 9 Best Picture nominees this year, Guillermo Del Toro's masterpiece The Shape of Water was most likely to win as it's the most visually-appealing (despite the setting) and diverse (in terms of characterization). Well, their predictions came to life! Apart from the top prize, the fantasy love story also clinched Best Score, Best Production Design, and Best Director for Del Toro -- his first Oscar as a director.

In case you missed it: Director Del Toro's priceless reaction when he checked the envelope and confirmed that it was indeed their film which won!

2. Of the nine Best Picture nominees, all but two picked up an award of some sort

The Post, which gave Meryl Streep her 21st acting nomination (she's won three times), was overlooked completely, as well as Lady Bird (five nominations). The former was the most old-fashioned of the nominees, and in some ways it being snubbed might be seen as a good thing -– maybe it signals that Academy voters are looking for fresh takes rather than the same old -- an angle that can easily be associated with The Shape of Water's win. Thoughts?

Despite the fact that 2018's been a poor year for female Oscar nominees with just six women taking home statues, 60-year old Best Actress winner Frances McDormand -- of Three Billboards Outside Ebbing, Missouri -- tackled the case by taking to the stage to receive her award and asking all the other female nominees to stand up saying: "We all have stories to tell, and projects to get financed."

4. Get Out -- the only horror Best Picture nominee in years -- wins best original screenplay!

The victory made the film's director Jordan Peele the first African-American to win the award. In his acceptance speech, he said that he stopped writing Get Out about 20 times because he thought it was impossible. “But I kept coming back to it because I knew if someone let me make this movie, people would hear it and people would see it.”

5. Call Me By Your Name wins Best Adapted Screenplay category making James Ivory the oldest winner in Oscar history, at 89!

Ivory's winning script is based on author Andre Aciman's 2007 novel of the same name tackling the romantic relationship between a 17-year-old American boy and a visiting 24-year-old American scholar in 1983 Italy. Ivory’s screenplay has been widely praised for its empathy in portraying the nuances of first love. The film had been in development for more than a decade.

The winning animated short film, Dear Basketball, was based on a letter that former NBA superstar Kobe Bryant wrote to announce his retirement. Bryant stated, “As basketball players we’re really supposed to shut up and dribble, but ... we do a bit more than that.”

Fresh from the still ongoing success of their monster hit film, TChalla himself, Chadwick Bosema, together with his fierce all-lady army, brought the Black Panther fever to the red carpet in a Wakanda-themed mini-show of style and fashion in the Oscars. While Boseman crossed his arms in the signature Wakandan X greeting, his lady love Lupita Nyong'o stuns in an African-inspired look with a glittery, gold gown.

In his opening monologue, returning Oscars host Jimmy Kimmel wasted no time promising there would be no sequel to the 2017 Best Picture mishap. With one caveat: "This year, when you hear your name called, don't get up right away." While keeping his humourous style afloat, the comedian and talk-show host didn't forget to address the wave of sexual harassment scandals that have flooded Hollywood in the past year.

What did you think of this year's Academy Award winners? Did your favourites win? Or, maybe you're as surprised as us with the results? Whatever your thoughts are, drop us a line in the comments below and don't forget to like and share this article -- it keeps us going!