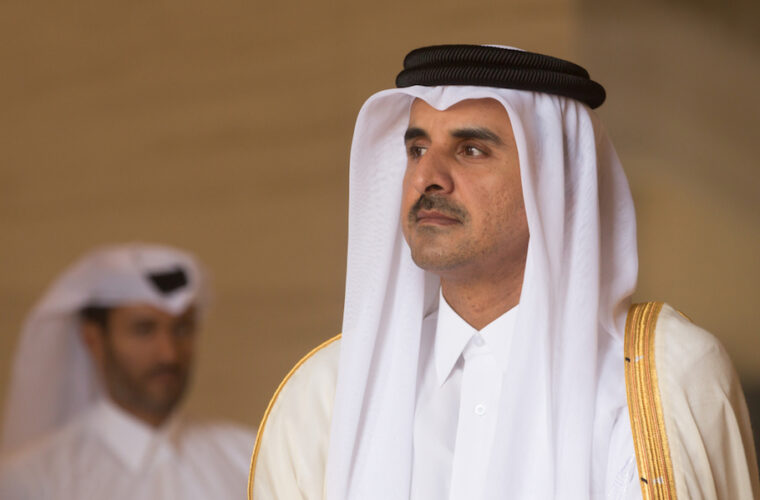 Nine years after H.H. the Amir took office on June 25, 2013, the results achieved have exceeded all expectations and exceeded aspirations until the State of Qatar became under the wise leadership of His Highness in the ranks of developed countries at all levels.

The 9th anniversary of the Amir's accession to the reins of government comes at a time when the State of Qatar is reaping more political, economic, social and sports achievements and successes, as a result of plans, strategic visions and aspirations for the future of a nation that walks the path of excellence and a continuation of the advanced and enlightened thought set by H.H. the Father Amir Sheikh Hamad bin Khalifa Al-Thani, the builder of the modern renaissance of Qatar.

Nine years ago, the State of Qatar, under the leadership of H.H. the Amir Sheikh Tamim bin Hamad Al-Thani, embarked on a new journey for economic, social, cultural and sports advancement and in various fields, until the name of Qatar became frequent in all international forums as a role model for growth and development.

The achievements of The Amir

The achievements of H.H. the Amir during the nine years were not limited to local issues, but extended to reach all parts of the world, to clearly reflect the originality and genius of the continuous journey of work and effort initiated by the founder Sheikh Jassim bin Muhammad bin Thani.

During these nine years, H.H. the Amir was able to move the Qatari economy to an advanced level, as the latest expectations indicate that the gross domestic product will record a growth rate of 4.9% during the current year, at a time when the world is suffering from a decline in performance and a significant rise in inflation rates.

Under the rule of H.H. the Amir, the State of Qatar has been able to become a magnet for the world in the field of energy, and perhaps last week alone witnessed a global competition to obtain a share of the North Field expansion investments.

The State of Qatar, under his leadership, has proven over the past years its full entitlement to host the FIFA World Cup, which will start November 2022, after the state fulfilled all its pledges a full year before the tournament, and is now decorated to receive teams and fans from all over the world, to be witnesses to the scale of development and achievement in a perfect edition of the most famous world tournament.

Ever since the assumption of his position, the Amir has attached great importance to the environment and sustainable development, represented in the inclusion of environmental protection as one of the most important pillars of Qatar National Vision 2030 which included clear plans and programs aimed at preserving and protecting the environment and its natural balance, in order to achieve comprehensive and sustainable development for all future generations.