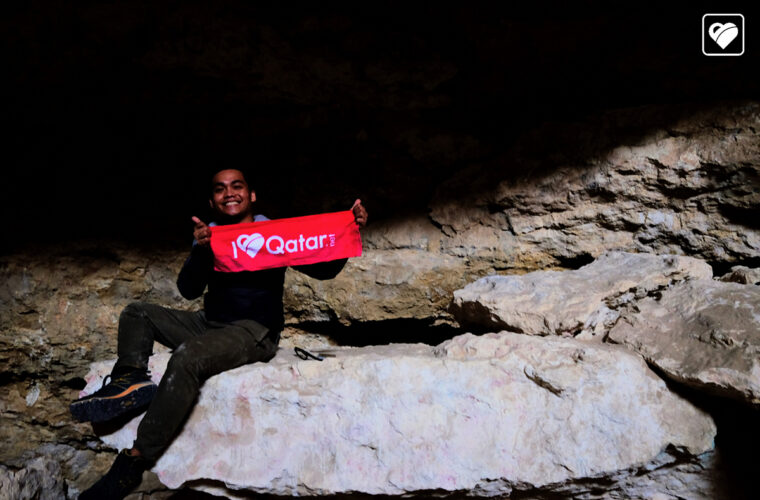 The Musfur Sinkhole (Dahl Al Misfir) is one of Qatar's most well-kept natural wonders. Believed to have been formed 325,000 to 500,000 years ago during the mid-Pleistocene Era, this mostly-unexplored cave system has an opening of about 40 feet across by 16 feet high.

The ILQ team had the opportunity to check out its depths one sunny afternoon!

Driving from Doha, it's best to equip yourself with a GPS app so that you'll not get lost and reach the location before sundown! But, if you're feeling old-school and are up for a challenge, then it's accessible 40-45 kilometres from the capital heading west on Salwa Road for about 13 miles until you see the signboard for Umm Ash Shubrum.

From there, our advice would be to sacrifice heroism and just trust Google Maps -- as you need to go off-road and the path to the actual sinkhole is as bumpy as they come!

For safety reasons, the Musfur Sinkhole is enclosed by a chain-link fence but is accessible to visitors via a small gate any time of day. There are no steps going down the hole, but the ground is steady enough for a descent. The temperature drops as you start to climb down, offering a much-needed break from the desert heat. So, if you're looking for a temporary respite from the humid weather of Qatar, then you might have already found the best spot!

1. There's no body of water to swim in at the bottom of the sinkhole!

Contrary to what you may have heard, there's no water -- not even a raindrop -- at the very bottom of the sinkhole, as it's completely dry down there! And, if you ask the ILQ team, we describe the foot of the Musfur Sinkhole as sandy, dark, and temperate!

The deepest down you can safely reach is more than 325 feet, and some scientists suspect an even larger cave system exists further down -- so it's logical for the sinkhole not to house any form of water underneath it!

2. It's a sinkhole, not a cave, so don't expect bats hanging from the ceiling!

Some of the most interesting features of the Musfur Sinkole are its rock and sediment layering, traces of small mammals, and hundreds of nesting birds, but not Bruce Wayne's fellow nocturnal friends! We won't lie, we also expected nocturnal mammals hanging off the sinkhole's ceiling, but all we saw were migratory birds, insects and, of course, lots of rocks to climb and hang on!

3. Descending is actually a lot tougher than climbing back up!

Unlike mountain hiking, the ultimate goal when exploring an enclosed piece of nature such as a sinkhole is to reach the bottom. And while the way down isn't that steep, visitors still need to ensure extra vigilance and mindfulness as most of the stones making up the entire cave system are extremely sharp.

You can easily injure your toes if you're not wearing the correct footwear, so prioritize wearing hiking shoes or boots if climbing down the Musfur Sinkhole is on your bucket list. Also, pieces of rock from both the dolomite and limestone layers occasionally fall, and larger sections of the roof might collapse one day, so be extra careful -- we can't stress this enough!

4. It's so accessible from Doha that most visitors come with their bikes!

Just because there's no other way to the fence-protected Musfur Sinkhole but via off-road, after a 35-kilometer drive on a smooth road, a 4x4 is still more advisable over a 5-seater sedan.

Not only is the ground rocky, but caravans of camels also occasionally cross the desert so it's always a good thing to keep your eye on the road and drive a vehicle with more muscly wheels to help you get through.

But what we discovered during our visit broke the 4x4 theory: many visitors -- most of them sports enthusiasts -- actually prefer driving to the sinkhole on their bicycles! And, mind you, they came from Doha!

5. It's a heaven for photographers!

Photographers of all sorts are always on the lookout for fresh content to upload on their Instagram accounts. Some of them believe that the more remote the area is, then the higher their chance of accumulating a bigger social media following.

The Musfur Sinkhole falls easily into this category. It's downright gorgeous at first glance, especially when you reach the bottom and you look up to witness the now-tiny hole you passed through to get inside.

Framing and silhouette shots are just some of the few techniques that you can liberally practice inside this natural gem, so yalla, take that camera down with you!

6. If you're claustrophobic, don't even dare to look down!

There's a large chamber opening up and extending below and, as you dig down the sinkhole, daylight will be scarce -- so if you have a friend who's claustrophobic, don't urge him or her to spelunk with you! What you can do is: let your claustrophobic friend hold the camera, set the zoom, and instruct them to document your descent for you! Safety is always first!

7. Some people are mistaking the sinkhole for a trash bin -- don't imitate them!

It's sad because, besides the countless graffiti painted all over the cave walls, there's also an ample sum of litter mindlessly scattered inside the Musfur Sinkhole. Our point is: We should be preserving the order and beauty of this natural wonder, but why are we doing otherwise? If you really can't stop producing waste, bring a garbage bag at least so that once you leave, your trash also leaves with you! Give the next visitors a reason to come back to the Musfur Sinkhole -- pick up your own garbage!

Have you checked out the Musfur Sinkhole yet? If your answer's no, were our 'seven truths' helpful for your upcoming visit? Drop us a line in the comments below, and also don't forget to like and share this article! 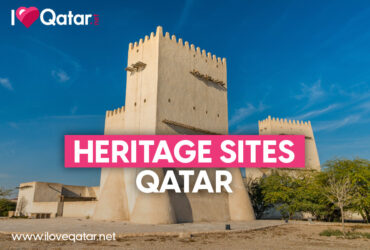 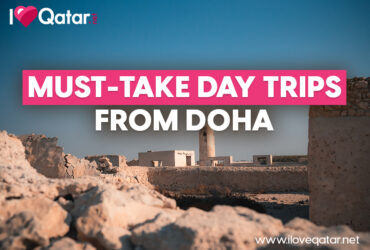 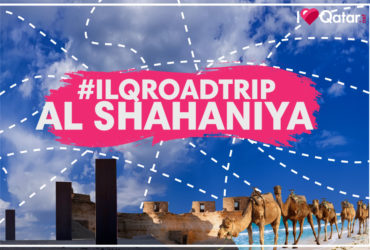 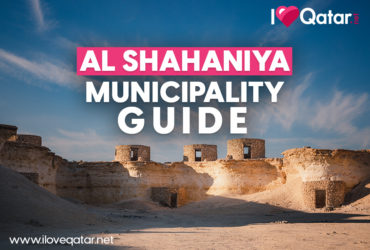 QATAR GUIDE / PLACES TO SEE
Al Shahaniya Municipality Guide: what to do, see, and eat 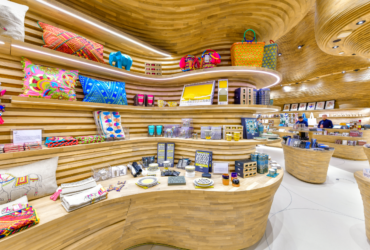