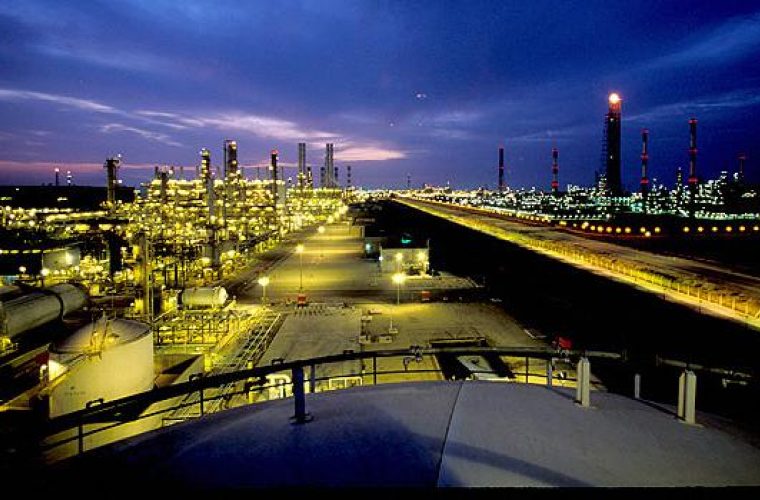 Qatar Petroleum and Shell are looking at early 2018 for the completion of the $6.5bn world-scale petrochemical project at Ras Laffan, whose front-end engineering and design contract was awarded to Fluor Corporation yesterday as reported by Qatar Chronicle. The project – Al-Karaana will be an 80:20 joint venture between QP and Shell. Al-Karaana, which takes its name from an ancient Qatari village, and which refers to a “water well”, would comprise of a steam cracker, a mono ethylene glycol plant, a linear alpha olefin unit and an oxo alcohol unit. The project’s logo was also unveiled by HE the Minister of Energy and Industry, Dr Mohamed bin Saleh al-Sada at a ceremony held at the Four Seasons yesterday. Speaking to the media after awarding the FEED contract to Fluor, al-Sada said the project would further boost Qatar‘s rapidly growing stature in the global petrochemicals industry. “I am very pleased to see the project taking a significant step forward,” al-Sada said. Al-Sada said the steam cracker at the petrochemical complex would have feedstock coming from natural gas projects in Qatar. Both the 1.5mn tonnes per year (tpy) mono-ethylene glycol plant, the world’s largest of its kind, and a 300,000tpy linear alpha olefin unit, which will be developed under the project, would use Shell’s proprietary technology. While the mono-ethylene glycol plant would be run on the Shell’s proprietary OMEGA (Only MEG Advantaged) technology, the linear alpha olefin unit would be based on the proprietary Shell Higher Olefins Process (SHOP) technology. The project has selected Mitsubishi Chemical Corporation’s OXO T-Process technology for the OXO derivative unit. Al-Karaana would produce cost-competitive products to be marketed worldwide, backed by the skills and expertise of its owners, QP and Shell. Speaking at the event, Qatar Shell chairman and managing director Wael Sawan said: “The positive development of the Al-Karaana project clearly indicates the depth of our partnership with Qatar. We are confident the project will help to support the country’s energy diversification strategy.” Shell Chemicals executive vice-president Graham van’t Hoff said: “The proposed project underlines Shell’s growth aspirations in the Middle East and our contributions towards supporting Qatar‘s strategy to diversify its energy industry and produce cost-competitive products. I am delighted with the achievement of yet another significant milestone in the project’s development.” QP Downstream Ventures director Mohamed Nasser al-Hajri, also chairman of the proejct’s executive committee, said: ” QP and Shell worked closely together to reach this important milestone. The focus of the project team is on the delivery of a quality FEED that will be a major step towards successfully delivering this project, which is an important part of our overall petrochemical development plan. We are delighted to have awarded the integrated FEED contract to Fluor, a world class engineering company with a proven track record. We expect Fluor of delivering the FEED work of the highest quality and standards in the industry.” The FEED contract documents were signed by Rob Kretzers, Shell Global Solutions executive vice-president (Projects) and Taco De Hann, Fluor senior vice-president (Energy & Chemicals). The Al-Karaana logo, developed by Qatari artist Manar al-Muftah, a graduate of the Virginia Commonwealth University in Qatar consists of two alphabetical letters – ‘k’ and ‘kaf’, which are written in both Arabic and English and combined together to form a ‘drop’. “This drop not only represents the name of an ancient Qatari village, but also liquid products that the petrochemical complex will eventually produce,” QP and Shell said in a joint statement. Source : Qatar Chronicle