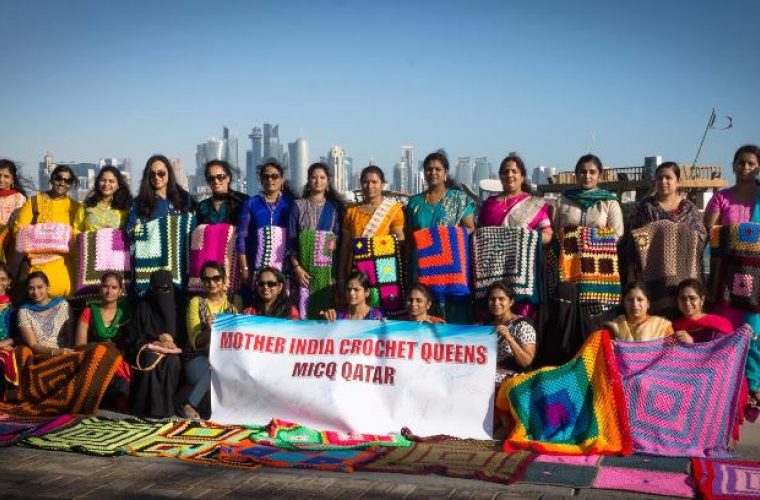 A group of 51 women from Qatar were part of the Mother India’s Crochet Queens (MICQ) who entered the Guinness World Records for making the largest crochet blanket in the world, measuring 11,148.5 sq metre, covering an entire football pitch.

The MICQ group members from world over worked hard to finish the challenge and break the previous record of a blanket measuring 3,377 sq. metre that was created in South Africa’s Pretoria on Nelson Mandela Day.

“Qatar chapter, led by Vaishnavi Kuppuswamy, sent a total of 173 blankets each measuring 42 x 42 inches, with some members making over 20 blankets. Every member individually made the blankets and stitched them all together before sending it to India,” said one of the group members.

The largest crochet blanket in the world

MICQ is a social media-based group of crochet enthusiasts, started by Chennai-based Subashri Natarajan. The initiative involved more than 1,800 women between the age 8 to 85 from India and 13 other countries worldwide.

Once the record was broken, the blankets were handed over to NGOs which were further distributed to underprivileged people across India.

Each member from this group will receive a personalized certificate from the Guinness World Records on this achievement.