30 years of The Simpsons: In conversation with Mike Reiss 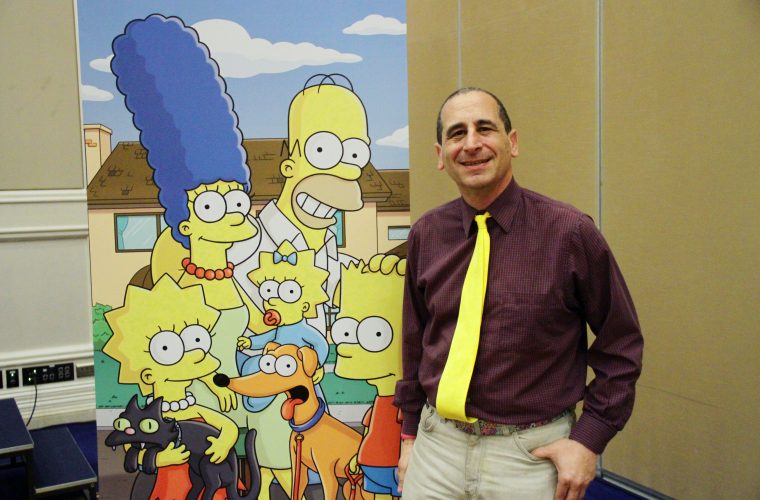 To be in the presence of Mike Reiss is like being around one of his iconic Simpsons characters come to life. Tonight, he’s here at the Shangri-La Hotel Doha to speak to a sold-out audience as part of the American Chamber of Commerce in Qatar’s ‘Secrets of The Simpsons’ gala dinner sponsored by beIN and Fox HD. His prominent features easily give way to a warm smile, and he’s simply dressed in a brown shirt and khakis – letting his lemon-yellow tie do all the talking.

In Doha for a few nights only as a guest-speaker for AmCham, Reiss is also delivering a workshop on writing and producing animation as part of the Doha Film Institute’s third annual industry event for media professionals, Qumra. An English grad from Harvard, Reiss was initially rejected from his first creative writing class, prompting him to move on to comedy writing instead, submitting his first pieces for the Harvard Lampoon comedy publication.

After leaving Harvard in the early 1980’s Reiss, along with his classmate Al Jean, began writing for The Tonight Show Starring Johnny Carson, among others, before being hired in 1989 as the first members for the original writing staff of Fox’s newest animated pilot, The Simpsons. Nearly three decades later, and the rest is history! Reiss has also worked on screenplays for such hit animated films as Ice Age: Dawn of the Dinosaurs, and Horton Hears a Who! 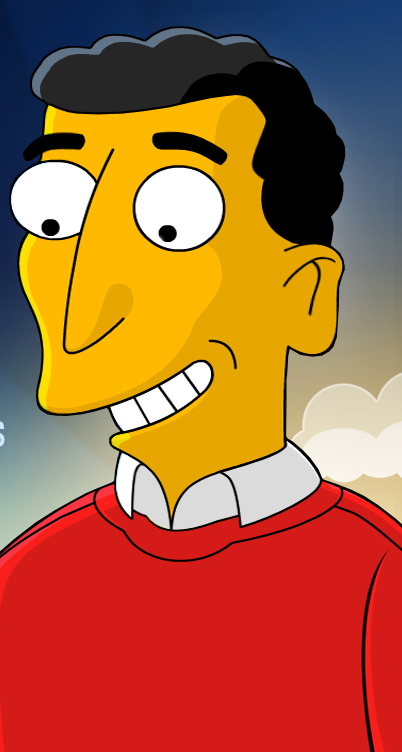 ILQ: You’ve been screen-writing for The Simpsons for nearly three decades. That’s quite an incredible career. What’s kept you with this iconic series for so long?

MR: Decades it is! Oh, I just love the job! I’ve got to say – I’ve had a lot of bad jobs. And it’s a happy show. I think one reason it’s run so long is that everybody gets along, everybody likes each other, and so it’s actually a pleasure to go in every day.

I go in one day a week, so that’s a nice job – and I’ve just been doing the job so long that I felt like ‘Oh I don’t have five days a week of fresh material in me’, so I work a day a week and I come in fresh, and everybody gets to pick their work schedule…how much they feel they can give the show.

ILQ: Tell us why you think The Simpsons is such a classic series and what’s been its biggest impact on its generation of viewers? Clearly you haven’t run out of story ideas in 30 years!

MR: The biggest impact…I can only think of one thing, so I’ll give you this answer: when The Simpsons came on the air it was considered the most shocking thing on television. And in 30 years it hasn’t changed at all – but suddenly, ministers quote the show, they teach courses in The Simpsons in school, the Pope is now a fan. So I have to say – culture has gone right downhill! [Laughs] People have become much harder to shock than they used to be!

ILQ: As a screenwriter, how do you approach your work? Walk us through the production process of crafting an episode.

MR: One thing I’ll point out is that every day of the week is the same in there [Fox Studios]. It’s like walking into a factory where the assembly line is always going – just like the show’s opening credits…which is nothing like the way real nuclear plants run! [Laughs].

But the way the show works is that every writer on the show will have an idea for an episode. And they’ll generally write a script – at which point it gets thrown to a roomful of writers who just start re-writing it as a group. And from that point on, the show is just endlessly re-written – people just going ‘Can we make it better?’ Then we get rough animation, then we re-write it again…and that’s our process.

So, you can turn in a script and by the time it hits the air a year later – because that’s how long it takes – it’s been re-written eight times and it’s possible 80 per cent of your material’s been changed.

ILQ: Do you have a favourite character that you enjoy writing the most?

MR: We all love Homer; he’s the gift that keeps on giving – because everything you can make jokes about, he’s got it. He’s fat, he’s bald, he’s stupid, he’s angry, he’s a drunk…In season four we decided he smells…[Laughs] He’s a show in himself.

ILQ: What about a favourite episode?

MR: I wrote the [episode] that had Michael Jackson in it and it was just a thrilling experience. I don’t know what he means to people under 20 let’s say, who don’t remember him as being literally the biggest thing in entertainment in 50 years. But he just had no ego, he was a pleasure to deal with, it was fun, there’s so many jokes to write about Michael Jackson – that was a great experience!

ILQ: What’s it been like to work alongside the talents of actors such as Yeardley Smith (Lisa Simpson), Dan Castelleneta (Homer), and Hank Azaria (Moe), who have brought the characters and the words you’ve given them to life over the last 30 years?

MR: Oh it really spoils you! It spoils you because one reason they’re so great is because they can make a half-baked joke really funny. When you write something, and they perform it, you know you’re getting the best performance that joke is going to get! And if it doesn’t work – you know it’s your fault! [Laughs].

ILQ: Do you think there’s still a fair bit of steam left in the engine for the series?

MR: You know it sounds crazy to say that – but then if you look at the only similar show I can think of which is something like Saturday Night Live…which nobody even asks ‘When will that end?’ And they’re 15 years older than we are! So I think it will go until a lot of us drop dead. I mean, not the writers – they don’t care about us! [Laughs] I think at least three cast members will have to drop dead before they cancel the show.

ILQ: Tell us about your involvement in the Doha Film Institute’s Qumra Talks. Is this your first time to Qatar?

MR: Yes, I was in Qatar (I can never pronounce it!) a year ago, just as a tourist! I was giving my Simpsons speech in India, and I told my wife ‘Get me out of India!’ And this [Qatar] was the closest thing! So we toured the country, and then I heard that you do events like this [Qumra] and have America events, and I thought ‘What’s more American than The Simpsons?’ and I just wrote [to the Doha Film Institute] and here I am a year later!

Do you have fond memories of growing up with The Simpsons? Tell us why you love the series and what’s your favourite episode in the comments below. Oh, and don’t forget to give us a like or a share – it keeps us going!