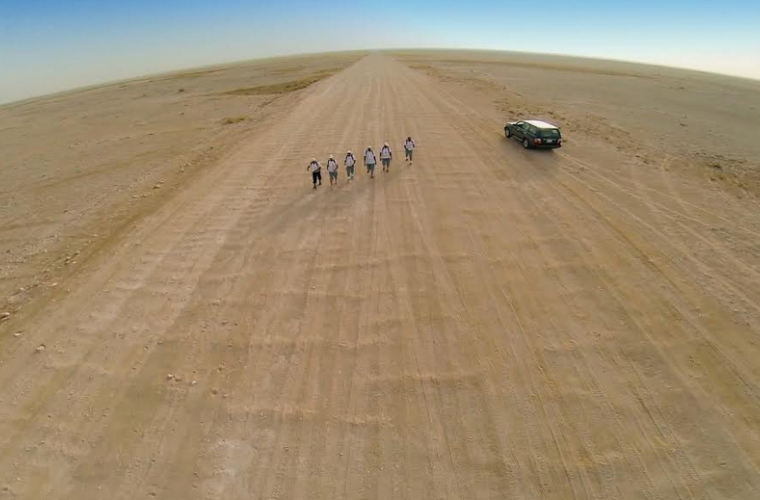 Following the unprecedented success of the inaugural Samla Desert Extreme Trek in 2014, the second edition of the adventurous, exciting and extremely demanding trip to the rough and at the same time beautiful landscape of Qatar is at the gates.

The starting date for the return of Samla has been set on April 9 for another fascinating event held in Qatar’s mainland and coastline.

Useful details about the upcoming prestigious event which is addressed exclusively to Qatari male citizens were revealed at a Press Conference held in Doha on Monday (15 Feb) by the President of the Organising Committee, Admiral Mohammed Jassim Al-Kuwari.

“Less than two months from the start of the race we can all feel, judging from the early registrations, that anticipation is mounting. Besides the motivation of capturing the illustrious title of such a challenging race, the total prize money sum of 1.35 million QR makes Samla Trek even more tempting.”

“For all those interested in submitting their registration form, the procedure has commenced through our website www.samla.com since January 17 and will remain open until the March 20” said Al-Kuwari who also gave more rules and regulations-wise information regarding this unique rough country footrace:

“The race lasts four days, beginning on the 9th of April and ending on the 12th. It spans some 172 kilometres separated into four stages in remote and culturally rich locations around Qatar starting from the historical site of Zubara and finishing in Ezba. The total distance competitors have to complete is quite longer than in 2014, when they covered less than 70 kilometres. 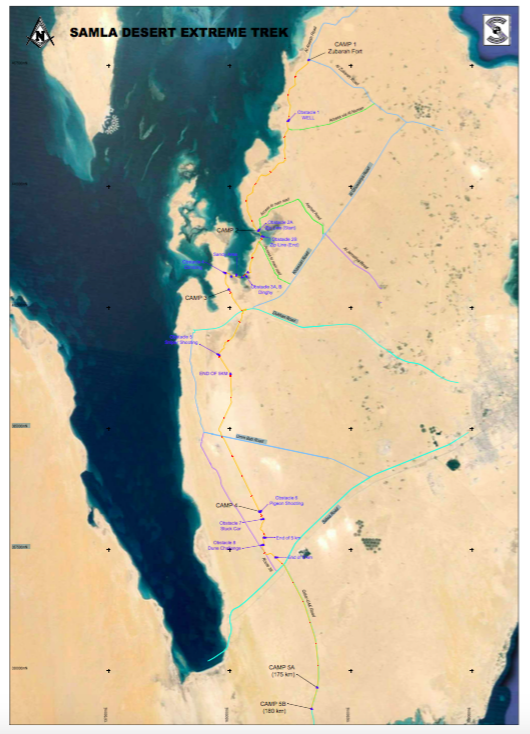 “After the registration deadline is over, all eligible to compete will undergo physical examination by Aspetar’s, our proud medical sponsor, medical team. The participants’ screening is mandatory at Aspetar facilities from 20th to 24th of March.”

At the 2nd Samla Desert Trek All selected competitors leave the starting line and "navigate", by following course markers, through a number of checkpoints to the finishing line as quickly as they can.

Challenges vary from fletching at the well close to Zubara, moving heavy bags and climbing at Zekrit, to zip line and water running, swimming, sniper shooting, pigeon shooting, cars repair and dunes’ challenges. Three overnight camps are set up in the course.

A ration of water and freeze dried food will be provided to competitors at certain stages and checkpoints. All will be supported by Aspetar’s professional medical and operations teams.

Among the 2016 entrants will be the 2014 winner Sulieman Khwaiter who was also present at the Press Conference:

“Winning in 2014 was not easy at all, as I had to overcome many difficulties as well as the hot weather.

“This year would be even harder, but I am well prepared and I trust in the end I will be rewarded with the top position” commented Khwaiter who had never practiced a specific sport before.

“I train two hours daily, six days per week. I am mostly good in running, swimming and throwing. Being good in these three parameters, will hopefully be sufficient enough to earn me the winner’s prize once more” added Khwaiter.