22-year-old sheik spending $10M a year to become the Yankees of drag racing? 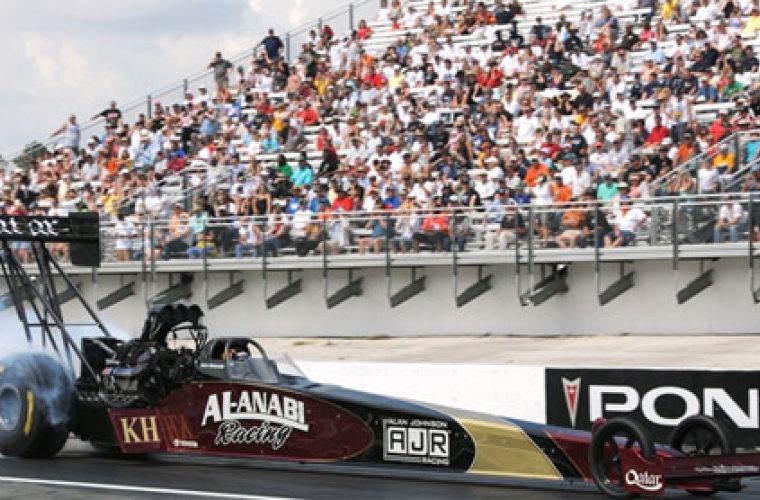 There are a number of parallels with an all-American tale of racing fan turned team owner: Man loves drag racing since boyhood, comes from a region crazy for the sport, started off in racing's little league, and races to win even in the big leagues. Yet the differences are enough to inform us that this is a Yankees tale, not an Oakland A's tale: the team owner in question is Qatari native Sheik Khalid bin Hamad Al-Thani, all of 22 years old, with a bank account that would make Croesus blush. When Al-Thani was ready to start a top-level drag racing team after owning outfits in the lower grades, he called Alan Johnson, who had run the five-time championship-winning Army dragster team. With the aim of turning Qatar into a dragster's paradise and an estimated $10 million per year budget for a two-car team (top fuel dragster and funny car), Johnson signed up for the challenge. A top team spends about $4 million and up for the NHRA series, which could put Al-Thani even above the U.S. Army team's expenditure. Both teams are sixth in the standings right now, with Larry Dixon (dragster) and Del Worsham (funny car) behind the wheels, but with Al-Thani committed to doing – and spending – what it takes, he might just be the Steinbrenner of drag racing before long, for better or worse. http://www.autoblog.com/2009/04/29/22-year-old-sheik-spending-10m-a-year-to-become-the-yankees-of/