2018 is the Qatar-Russia Year of Culture! 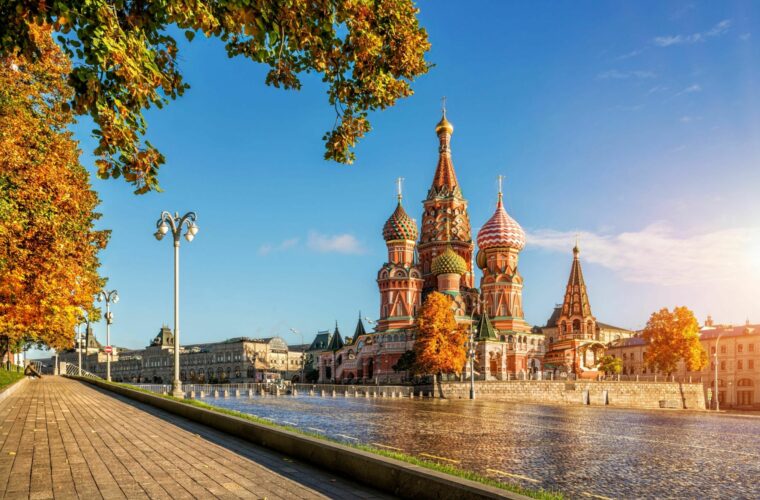 You may have heard some whispers about the cultural year of 2018 already. If you did, you heard correctly; this year Qatar is crazy about everything Russian – and it’s already upon us! This year is a celebration of the good diplomatic relations between the State of Qatar and the Russian Federation since 1988. The 2018 Year of Culture featuring Russia follows a successful celebration of Qatar-German relations in 2017, after even more years of culture, including Japan in 2012, the U.K. in 2013, Brazil in 2014, Turkey in 2015, and China during 2016.

The cultural year in Qatar is always spectacular and an event very close to our hearts, as it’s usually a celebration of friendships between people from our home country and Qatar – our new home in the Arabian Gulf. Years of Culture usually consist of a constellation of exhibitions, concerts, heritage events, contests, and festivals stretching out over an entire calendar year. Building bridges between people, cultures, communities, and nations is the top priority of this promotional festivity. So let’s explore what we have in common and how we enrich each other’s lives with the things specific to our country or community.

While we can’t wait for Moscow, Siberia, and St. Petersburg to come a little closer to our peninsula, let’s have a look what we can expect from Qatar Museum’s 2018 Year of Culture!

Where did it all begin? Qatar and Russia, then the Soviet Union, began their diplomatic relations in 1988, and opened embassies in Moscow and Doha in November 1989! Now, almost 30 years later, H.E. Mr. Nurmakhmad Kholov is the Ambassador of Russia to Qatar, and the Ambassador of Qatar to Russia is H.E. Fahad bin Mohammed Al Attiyah.

In 2007, the President of the Russian Federation Vladimir Putin visited Doha and signed an agreement to establish a Russian-Qatari Business Council.

Bilateral economic relations flourished, especially with the cooperation in the energy sphere and within the framework of the Gas Exporting Countries Forum (GECF). The first GECF Summit in Qatar took place in 2011, which H.E. Mr. Sergey Shmatko, the Russian Minister of Energy attended.

While good trade relations between the two gas-producing countries exist, in 2010 they also added reindeer meat to products being exported to Qatar! And it’s halal!

In 2014, the Coordinate Council of the Russian Compatriots of the State of Qatar estimated the Russian community in Qatar at approximately 7,000 people, who work in different spheres including as physicians, engineers, sport coaches, pilots, and musicians at the Qatar Philharmonic Orchestra.

Qatar and Russia continue to work on the launch of the Russian-Qatari intergovernmental commission for trade, economic, scientific and technical cooperation today!

The Year of Culture

H.E. Fahad bin Mohammed Al Attiyah said: “I would like to welcome everyone to the launch of the Year of Culture Qatar-Russia 2018, we are very honoured to have you present and part of this cultural celebration on Qatar National Day – an occasion that is very dear to us all and one that all Qataris around the world celebrate. Today marks the start of an exciting program of cultural exchange between Qatar and Russia, and we are looking forward to what 2018 has to offer from cultural exhibitions, activities, and events.”

Prior to the launch, an official joint declaration of cooperation between Qatar and Russia was signed in November by the Minister of Culture and Sports H.E. Salah bin Ghanem Al Ali and his Russian counterpart Vladimir Medinsky.

The Cultural Year of Qatar-Russia coincides with the 2018 FIFA World Cup hosted by Russia. This will give the unique opportunity to exchange expertise and knowledge before the World Cup is then being hosted in Qatar in 2022.

“While the Year of Culture Qatar-Russia 2018 may introduce people to Qatar for the first time, we certainly hope it’s the first of many exchanges starting in 2018, continuing in 2022, and developing further in the decades to come”, said H.E. Mr. Hassan Al Thawadi.

The Year of Culture 2018 is named ‘Qatar in the Hermitage’ in Russia and ‘The Hermitage in Qatar’ in Qatar, after the State Hermitage Museum in Russia.

With art exhibitions and cultural lectures and events to look forward to, Katara already hosted its first event on arts in the Republic of Ingushetia, a Russian Federation republic. The performance showcased Ingushetia dances and songs, while paintings and traditional fashion was exhibited in Katara. The show was attended by the President of Ingushetia H.E. Mr. Yunus Beck Yebkurov, who wished for further progress and prosperity in relations between Qatar and Russia and developed relations between Qatar and Ingushetia in his speech.

The General Manger of Katara Cultural Village, Dr. Khaled Bin Ibrahim Al Sulaiti said: "Katara always hosts such events to open cultural windows on different cultures of the world, as this show comes to celebrate the Qatar-Russia Cultural Year and discover the traditions and legacy of Ingushetia".

Many events on the humanitarian level aimed at fostering a “conducive climate of confidence between our countries“ are also planned for the Year of Culture, as the Minister of Culture Vladimir Medinksy highlights.

Can’t get enough of culture, art, borscht, matryoshka dolls and Russian teas? Want a quick escape to St. Petersburg? Good that, with the launch of the Year of Culture, Qatar Airways started operating flights to St. Petersburg on a daily basis with the Airbus A320 aircraft!

Now that you’ve found out the first deets about the new Year of Culture 2018 between Qatar and Russia, what are your wishes, expectations for and thoughts on this year?

Let us know what you think and drop us a line in the comments below! Also don’t forget to like and share this article!