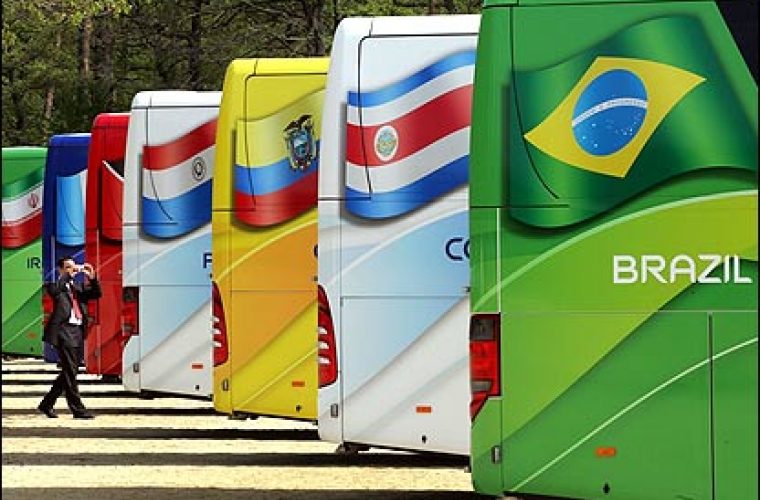 By the time Qatar hosts the 2022 FIFA World Cup, the country will have 2,000 buses on its roads, 8,500km of highways, and internal roads stretching a total of 34,000km, the Minister of Transport H E Jassim Seif Ahmed Al Sulaiti said yesterday.

Qatar has allocated QR159bn to develop railway infrastructure, the minister said at the second UITP Large Events Summit and Showcase and the UITP Taxi Conference and Showcase, which was earlier opened by the Prime Minister and Interior Minister H E Sheikh Abdullah bin Nasser bin Khalifa Al Thani. Al Sulaiti said that Qatar now has about 2,500km of highways and the plan is to expand this to 8,500km by 2020. The internal roads now extend to 9,500km, and will be expanded to 34,000km by 2020.

The country now has 160 bridges connecting roads, and the number is expected to reach 200 by 2020. The number of tunnels will increase to 32.

Exclusive tracks for walking and cycling parallel to the new roads have also been built, he added.

“Qatar is working on the development of advanced transport infrastructure which will not only help us prepare for hosting the 2022 FIFA World Cup, but will also be a legacy for our people and country,” the Minister said.

“It will also enable us to achieve Qatar National Vision 2030,” said the Minister.

“To achieve Qatar National Vision 2030, we began to build the Doha Metro network with four integrated lines up to 233km and 96 stations.

“In the first phase, the network will have a length of 84km, include 38 stations by 2019, and provide light rail transport in Lusail integrated network with up to 32km track and 35 stations,” Al Sulaiti added.

Al Sulaiti said that the long-distance passenger and freight rail network will be connected to the GCC railway network, for which Qatar has allocated QR159bn to develop infrastructure.

The Minister added that Qatar had also allocated QR5bn to increase the number of public buses from 400 to 2,000 and build supporting infrastructure such as integration with Doha Metro, bus parking sites and air-conditioned bus stops.

The new port project, worth QR27bn, would be a logistics portal to provide marine transport routes in the region and promote the development of local industries, he said.

It will help develop the capacity of Hamad International Airport and will be linked with the Doha Metro network and long-distance train, as well as public buses and taxis to become an integrated transport hub, he said.

The Minister stressed that the purpose of the conference is to exchange best practices and technologies in the field of transport to provide a world-class transport system in the Middle East.