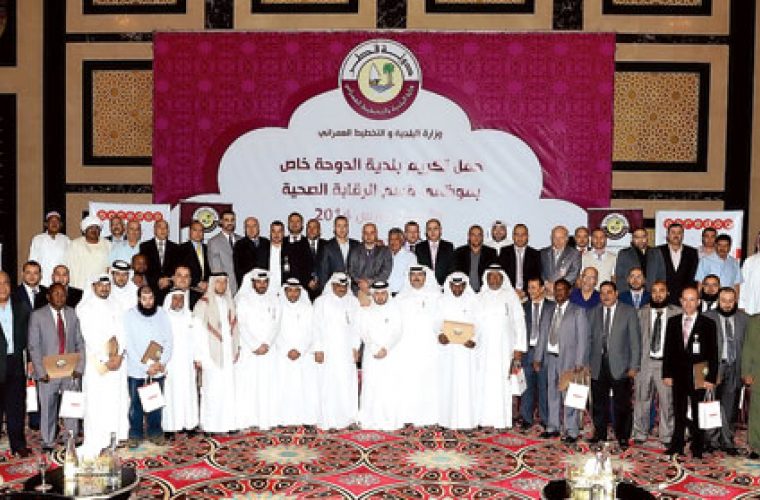 The Doha Municipality ordered temporary closure of 192 food outlets last year for failure to comply with health standards and regulations. A total of 171 of the outlets were in the Industrial Area, a senior official has said.

Of these, 47 were closed for violating the food monitoring law, while 145 failed to meet standards and specifications, said Mohammed Al Sayed, Head of the health monitoring section at the municipality.

He was speaking to this daily on the sidelines of a ceremony at Katara on Saturday to honour municipal inspectors.

Mohammed Al Sayed, Director of the municipality, honoured 47 male and 27 female inspectors from seven branches of the section in recognition of their good work last year. The event was sponsored by Ooredoo and Movenpick.

The head of the section said a major violation detected since the beginning of this year was in Mansoura, where a fake company was found using labour accommodations for cooking and storing huge quantities of food. Even the toilets were used for the purpose.

“This was not a matter of violation of the food law. Immediately we closed the facility and transferred the case for legal action. It will remain closed until the court issues its verdict,” he said.

The section conducted 31,935 inspections at eateries and food outlets across the city last year and recorded 3,597 violations of rules.

The highest number of violations were detected at eateries — 934 — and the smallest at food processing units — four.

“There were more violations at eateries because of the nature of their work and the higher number of complaints from customers,” he said.

Following inspections, 5,528 tonnes of different types of food were destroyed because they were not fit for human consumption.

“We took 1,363 samples for checking at government laboratories and 1,256 were found fit for consumption and 17 unfit. Ninety samples didn’t meet standards and specifications,” he said.

He said his department did not discriminate between a five-star facility and a small eatery.

“Big restaurants need to follow international standards but minor mistakes could happen by workers,” he added.

He said his section is monitoring traditional kitchens serving food for weddings and other gatherings.

“We have not received any complaints about food served for weddings but we keep monitoring.”

At the ceremony, officials praised the hard work and dedication of the inspectors and support of sponsors for activities of the section.