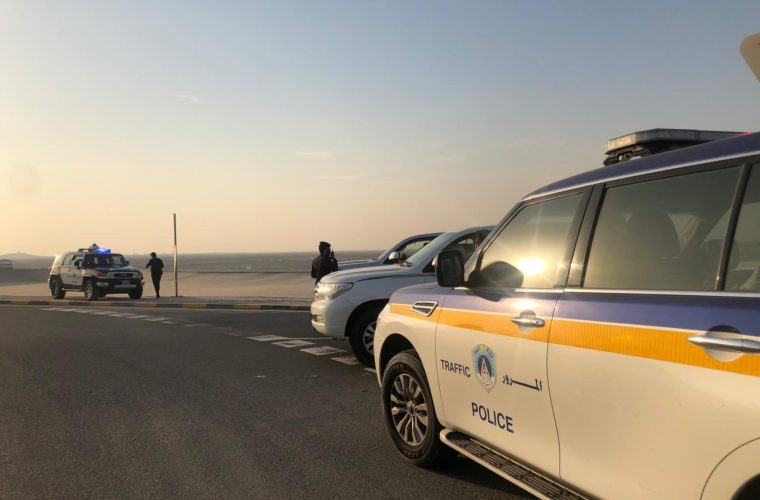 The General Directorate of Traffic referred 16 people to the Public Prosecution to take legal action against them, after they committed a violation of covering their vehicle license plate in the Sealine area, during the period between February 13 and March 13, besides, taking measures against 45 other vehicles.

In a statement, the General Directorate of Traffic warned against committing a violation of covering vehicle plate in any way, to evade traffic control after committing massive traffic violations such as excessive speeding and reckless driving, stressing that it will not tolerate such wrong traffic behaviors that threaten everyone's safety and security.

It emphasized that campaigns to arrest violators carried out by the military and civilian traffic patrols are continuing in all regions of the country, especially in camping areas, to control such wrong behaviors that may result in traffic accidents.

The General Directorate of Traffic indicated that the violation of covering vehicle plate is one of the violations that cannot be reconciled, where the violator is transferred to the Public Prosecution after seizing the vehicle.

It underlined the importance of placing vehicle license plates correctly so that they are clear to policemen and road users, calling on everyone to adhere to traffic rules and avoid wrong behaviors, deal with vehicles under the provisions of the Traffic Law, and report promptly any traffic behavior against the law via Metrash2.