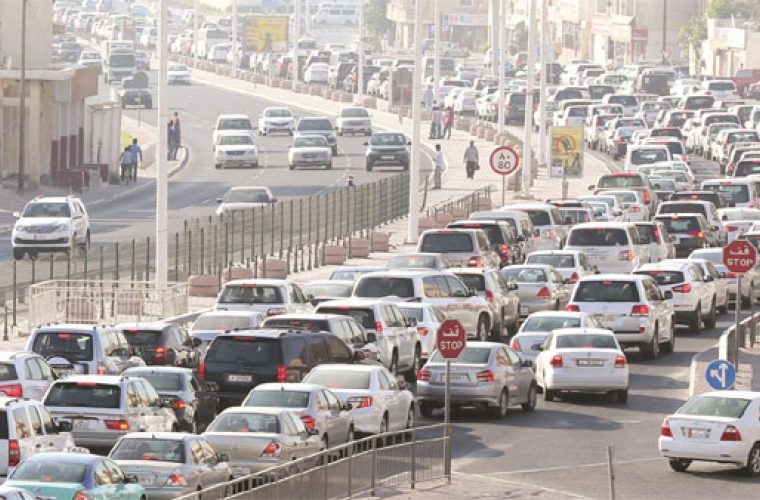 Around 100,000 new vehicles hit the roads of Qatar annually, according to Brigadier Mohamed Saad al-Kharji, director general of the Traffic Department.

Speaking at the Green Tent, organised by the Friends of the Environment Centre in co-operation with Qatar Petrochemical Company on Monday, al-Kharji said speeding and not using seat belts are among the main causes of fatal injuries in road accidents.

"Speed cameras and radars, installed in many locations, are meant to enhance the safety of people and property rather than detect violations and collect fines," he said.

He advised motorists to exercise extra care during the Garangao night, particularly when driving in residential areas because of the presence of groups of children, who will be moving from house to house, collecting sweets and gifts.

Brigadier Mohamed Abdulla al-Malki, secretary general of the National Traffic Safety Committee (NTSC), said that NTSC has put 200 work plans to enhance safety on the roads, 75 of which address the roles of the traffic department, education and roads engineering. Every three months such national strategic plans are reviewed and the outcomes submitted to NTSC members and officials.

Road accidents have dropped considerably since the launch of the national traffic safety strategy as statistics in 2014 indicate there are only 8.5 fatalities per 100,000 persons in the country in spite of the increasing number of vehicles and people in recent years.

Brigadier al-Malki said that a special committee has been formed to study the need for pedestrian flyovers and 35 locations have already been determined. The first high-end pedestrian flyover is set to be inaugurated soon at Doha Industrial Area.