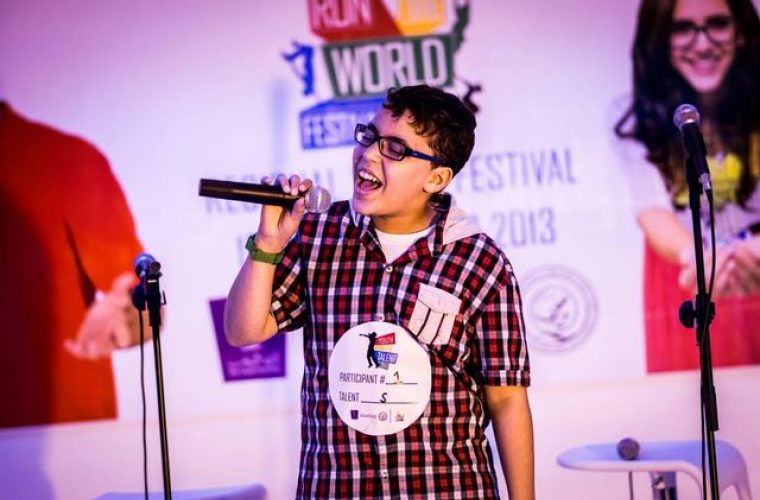 Qatar-based social enterprise, The Youth Company, has announced the semi-finals for the Youth Got Talent 2013 (YGT) music and dance competition to take place at Virgin Megastore, Villagio Mall in Doha, Qatar on the evenings of the 6th and 7th of December. The contest is undergoing the second phase out of three within Run The World Festival (RTWF) 2013, a regional youth sports festival and annual initiative of TYC, in partnership with Qatar Museums Authority and Qatar Olympic & Sports Museum. As one of the most anticipated programs of RTWF, YGT has been a trademark event of the festival since its initiation in 2011, and each year, has featured hundreds of young contestants to showcase their talents in singing, instrumentals, and dance.

This year, TYC has partnered with Virgin Megastores for RTWF, which will take place from the 19th to 21st of December at Katara Beach. The international retailer will collaborate with the youth organization in hosting the semi-finals of YGT and will hold a presence within the festival as its entertainment partner. During the semi-finals at Virgin, the selected participants, including a number of solo performing artists, bands, and dance crews, will perform once more before the judges, following with a public voting session. Online voters will also get engaged in the competition through likes of performer’s videos, which will be uploaded to the event’s YouTube channel and promoted through social media.

Voting will take place over the coming weeks and finalists will be announced on the onset of RTWF 2013, Sajid Mammassan, Business Development Director at Spirit Events, and one of the judges on Day 2 of the YGT auditions at Youth Hub Qatar, speaks, “Following a great series of auditions the last weekend, we’ve seen some really amazing talent from young artists from around the region, and we’re lucky to have gotten a sneak peak. The young participants who’ve performed at Youth Hub have really showed off their outstanding vocals, dance moves, musical talent, and more, and we’re eager to see what they have to show in the next round of YGT!”

As a regional youth festival, RTWF is set to attract audiences between the ages of 14-29 years of age, with various interests in activities. For this reason, the three-day festival features a number of exciting programs for youth to get involved in, such as RTW Village, a space for live on-stage musical performances by DJs and finalists of YGT, as well as cultural, commercial and community exchange, RTW Street, displaying the colorful street culture, as well as extreme and team-oriented sports activities on the beach.

“YGT is certainly one of the highlight shows of the festival, and Virgin Megastore is an ideal entertainment partner firstly due to its largely youth-based target customers in the MENA region, being an a top retailer for videogames, music, film, books, merchandise, and more. We are certainly excited to have their presence and support at RTWF 2013, and hope that the tens and thousands of youth we are expecting this year feel likewise,” said Aya Abu Issa, CEO of The Youth Company.