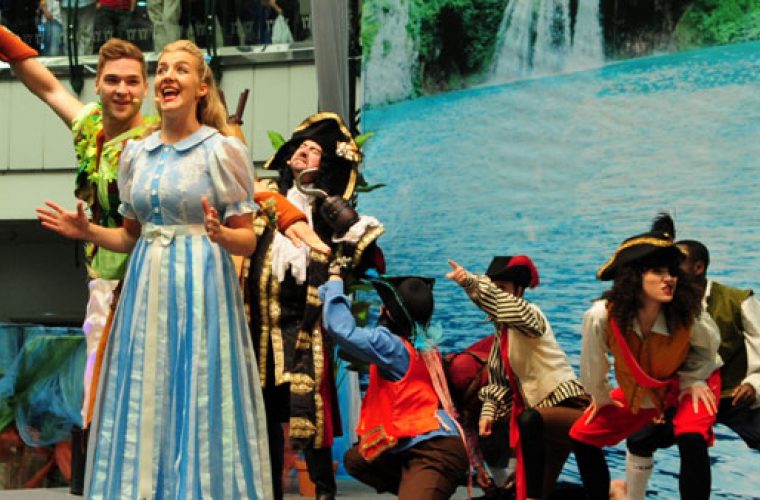 A large number of Qatar residents were able to enjoy this year’s Eid al-Fitr festival due to the diversity of the programmes and shows organised by Qatar Tourism Authority (QTA), it is felt.
The events and activities hosted at various malls and other venues across the country over the past few days include stage shows for children and others, art workshops, fireworks display, musical performances and more.
Art workshops at the Souq Waqif Art Centre have provided a learning environment for children. Masoud Rashid al-Bulushi, festival supervisor at the centre, said that the workshops have been organised for six days to engage children and raise art awareness among them.
“A number of Arab artists visit us here and hold live art demonstrations for our young visitors,” he said. Free basalt mural art, airbrush, cartoon drawing, Eid dishes art and grains art
workshops will run until July 23.
Meanwhile, the last of the four musical performances (Turki Abdullah and Abdullah al-Rowaished) at the Souq’s Al Rayyan Theatre also attracted a large number of visitors yesterday.
Hosting numerous games, activities and programmes, Souq Waqif’s Monopoly Tent has become one of the busiest venues for children and families this Eid.
Colourful and fun-filled family entertainment shows at malls in Qatar have consistently attracted thousands of visitors since day one of the Eid festival.
From 4pm to 9.45pm, exclusive shows will be staged for the last time today at City Center Doha (Peter Pan), Lagoona Mall (Jungle Book), Ezdan Mall (Meet the Nicktoons), Hyatt Plaza (Pinocchio), Dar Al Salam Mall (The Little Prince) and Al Khor Mall (Circus Canada).
After four days of festivities, Eid celebrations at The Pearl Qatar – including games and activities for children - ended yesterday.
Katara - the Cultural Village has been another major venue for Eid festivities. Dr Khalid bin Ibrahim al-Sulaiti, general manager of Katara, described their activities this year as “distinct and radiant”, attracting thousands of visitors from the first day of the festival until
yesterday.
He said ‘The Land of Scholars and Achievements’ show, which was staged in both English and Arabic at Katara’s Esplanade, met the tastes and expectations of people from various age groups and nationalities in the country.
“Our programmes combined knowledge, culture and discovery with recreation,” noted al-Sulaiti, lauding the technical teams for their creativity and efficiency in staging the
programmes.
As part of the Eid festival, Katara also held the fireworks display until yesterday and gave away gifts to children, among other activities.
Arabic play ‘Bashuesh’ at Katara’s Drama Theatre, building 16, will run until July 27.
Other venues, such as Aqua Park Qatar, have also received hundreds of visitors during the Eid holiday period. Many people could be seen taking a splash to beat the heat this summer.
For those who want to experience some adventure, paragliding tours will take place at the Sealine beach (prior to the Sealine Beach Resort roundabout) today, the last day of the
activity.