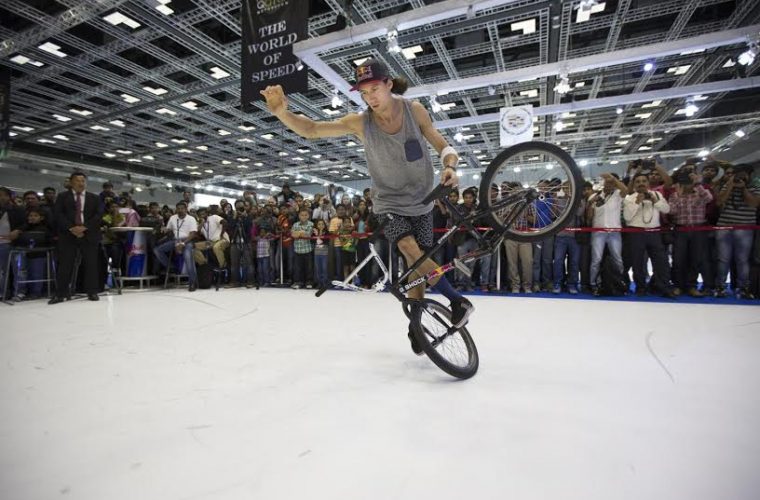 As tradition goes, the 4th edition of Qatar Motor Show is an opportunity for the guests to get acquainted with the latest designs and technologies in the car industry. It is as well a platform gathering experts in one place. However, Red Bull athletes had their own share of the attractions as they performed amazing and thrilling shows.

Spanish champion Viki Gomez performed outstanding BMX Flatdanding shows and amazed the crowds on his bike with unique manoeuvres such as rotation on one wheel, jumping to the music, and acrobatic moves defying gravity.

Another exciting type of shows was performed by Czech star biker Petr Kraus in the Trialbiking discipline. Kraus gave a lesson about mastering bike manoeuvres and applied some breathtaking moves on an extremely challenging track that seemed impossible to cross on two wheels.

Football was also present at Qatar Motor Show with international star player Sean Garnier from France, champion of the first edition of the “Red Bull Streetstyle” in Sao Paolo, Brazil in 2008. Garnier amazed the public by his exceptional skill in controlling the ball with a unique unmatched style.

Qatar Motor Show has once more proved his leading position on the industry’s regional and international map to his thousands of visitors. It revealed the most recent models and techniques in the automobile world and offered a series of surprises among which the exciting shows by Red Bull athletes.