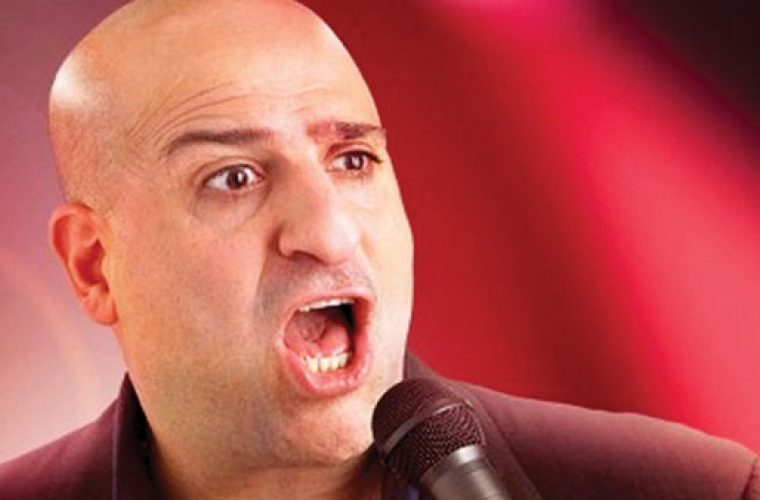 An actor par excellence and one of the best in the business of stand-up comedy, British actor Omid Djalili is coming to Qatar. Starring in numerous Hollywood blockbusters like The Mummy, Gladiator, Pirates of the Caribbean: At World’s End, and Sex and the City 2, Djalili also had his self-titled show at BBC One series called The Omid Djalili Show.
Considered one of the most famous stand-up comedians of all time, Djalili is bringing his hysterical dance moves and his sharp gags to Doha on May 7 at the Qatar National Convention Centre (QNCC).
Djalili is a multi-talented artist who is a stand-up comedian, actor, television producer and writer at the same time. Born in Chelsea, London to Iranian Bahá’í parents, he attended Holland Park School and then the University of Ulster in Coleraine, Northern Ireland, studying English and Theatre studies.
The first significant success of his stand-up comedy career was at the Edinburgh Festival Fringe in 1995 with ‘Short, Fat Kebab Shop Owner’s Son’ followed by ‘The Arab and the Jew’ with Jewish comedian Ivor Dembina in 1996.
In 2005, Djalili broke Edinburgh Festival box office records with over 16,500 ticket sales. The following year, Sky Television picked him to be the face of their Saturday night film premières, and he also announced a new tour of the UK called ‘No Agenda.’
In 2007, he was voted by the British public as the 60th best stand-up comedian in a Channel 4 programme ‘The 100 Greatest Stand-Ups’. In 2007, he guest-presented the BBC political quiz show ‘Have I Got News for You.’
The Omid Djalili Show started on BBC One in 2007. The series is a mix of sketches and stand-up material. A second series was recorded in late 2008 and began broadcast on BBC One in April 2009. He also performed on We Are Most Amused on ITV1 to mark Prince Charles’s 60th birthday in 2008.
He had observed that he usually appears as a generic Middle Eastern background character in many of his films, often commenting that he appears in the James Bond film as the “second Azerbaijani oil pipe attendant.”
He appeared as “Nasim” in the US sitcom Whoopi, starring Whoopi Goldberg, and picked up an international film award for Best Supporting Actor in Casanova, starring alongside Heath Ledger and Jeremy Irons.
In 2009, producer Cameron Macintosh announced that Djalili would appear as the second Fagin in the new West End production of Oliver at the Theatre Royal, Drury Lane, London. He took over from Rowan Atkinson.
In 2009, Djalili became the voice of Yusuf Amir in the popular gaming series ‘Grand Theft Auto.’ He took up the role in the ‘Grand Theft Auto: The Ballad of Gay Tony’ spin-off game. In 2010, he starred in the David Baddiel scripted film, The Infidel.
Djalili has also appeared in the short-lived NBC sitcom The Paul Reiser Show, which was a midseason replacement for the 2010-11 television seasons.
For the BBC Learning project ‘Off By Heart Shakespeare’, Omid played Lord Capulet from Romeo and Juliet and delivered the speech ‘Hang thee, young baggage, disobedient wretch!’