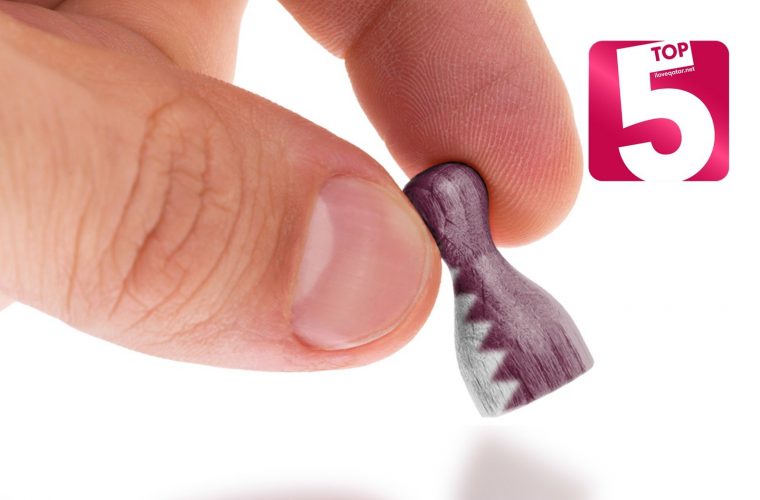 Qatar is made up of gamers of every kind, and not many people know about this fact.

In 2018, a record breaking number of geek-related activities were held across the country, ranging from live video game competitions to cosplay sightings. The annual Ajyal Youth Film Festival has even dedicated an area especially for Qatar's game fanatics called "Geekdom" and this reason alone is enough to prove that there really is no stopping them from doubling in terms of number.

You've heard about the cosplay side of being a geek but did you know that apart from video games, comics, and movies, most Qataris also love playing board and card games especially those ones which excite their kiddie hearts?

Experts say that there were more than 100 different games in ancient Qatar played by both children and adults but from all these, only one has made a great comeback in the digital age—a relative of checkers called 'Dama.'

More popularly known as the "Chess of Arabs," Dama belongs to the draughts family of strategy board games. The game has been played in the region since ancient times, and holds a special place in the local culture and history despite its disputed origin.

In Qatar, Dama has seen a revival over the past few years, with national tournaments being held occasionally (National Day being the most prominent time). It has even been integrated into the National Sports Day activities.

The good thing is, if you've been to any gamers' meet-up before, you'll surely realize that the board game scene in Qatar doesn't linger in only one era. The amount of creative minds that we have in this part of the world is more than enough to notice the quickly-emerging trend when it comes to party and collaborative games worldwide—thus the birth of these five localized games which all ages (0 onwards) can play even with their eyes closed!

Roll the die and let the fun begin!

A harsher version of the equally-fun matching card game ‘Apples to Apples,’ ‘Cards Against Humanity’ received media acclaim with its “politically-incorrect” concept which many millenials love. In order to score points, players would complete fill-in-the-blank statements using words of phrases that a normal person wouldn’t think of. Over-the-top laughter and even temporarily-ended friendships are inevitable once you play this game.

An award-winning concept, the game of ‘Say Anything’ is where players outwit each other by giving the best answer to the judge’s question and later on betting to score points. The game is a follow-up to ‘Wits & Wagers’ which has also received numerous awards back in 2008. The goal of ‘Say Anything’ is to get people talking about interesting things while laughing hard. Questions from the Qatari version range from “When is the best time to drink Karak?” to “What is the easiest phrase to teach a tourist who wants to learn Arabic?"

A well-loved American game which has been in circulation since 1989, ‘Taboo’ is where you’ll be forced to think and speak out of the box as the five most obvious clues to the word that your team members need to guess in order to collect points cannot be uttered or else, your opponents (who are watching every word of yours) will buzz you off. Sounds exciting? We can’t imagine how 100x more hilarious it is to play the Qatari deck!

Dubbed in English as the “Game for Devious People,” ‘Werewolf,’ or ‘Demon’ in other countries, gives you two choices—either to save or destroy the ‘village’ that you live in. If you’re a villager, you can defend your theoretical home with every fiber of your being. Whereas if you’re a vicious werewolf, framing your friends and accusing them of wanting to destroy your village, when really it's you who's been infiltrating it all along is your primary chore. With more exciting roles assigned to “innocent-looking” players, each game becomes an epic phenomenon, designed to test your personal judgement and moral character.

Qatar's localized version of 'Spot It', a simple pattern recognition party card game in which players race against each other by trying to find an identical match between or among two or more cards, contains the same pace of of enjoyment thru friendly competitiveness. The catch is: there's always exactly one matching icon between any two cards!

But finding the same symbol from two cards is not as easy as it sounds. Just like in the original Spot It, each of the 55 cards in Tobja—meaning 'the other pair' in Arabic—features eight different symbols, with the symbols varying in size from one card to the next. There are five varieties on how to play Tobja. But for a basic game, a group of 2-8 players simply reveal one card, then another. Whoever spots the symbol in common on both cards claims the first card, then another card is revealed for players to search, and so on. Whoever has collected the most cards when the 55-card deck runs out wins—simple as that!

There are more enjoyable games out there that could be part of this list so if you know a few more titles, please let us know in the comments below. For the mean time, if you want to order the five games listed above, all you have to do is check out this local seller's Instagram page for all things games and fun-related.