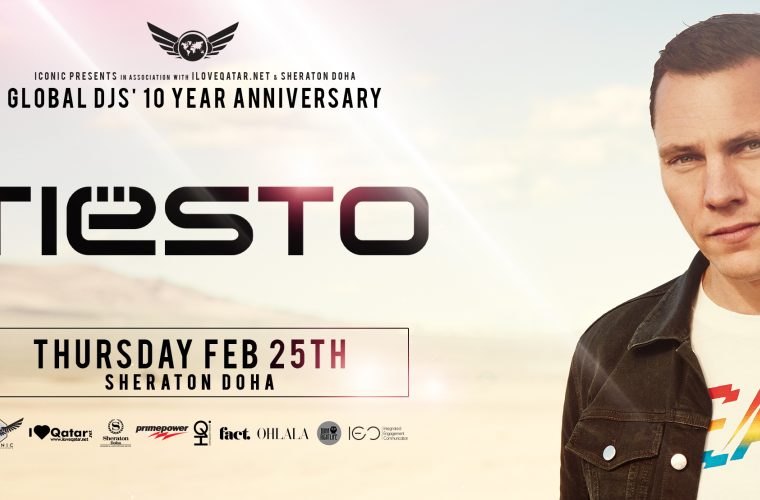 Do you know what’s happening this week? Tiësto is coming to Town! Who is excited for the concert? Have you all got your tickets?

The event is going down on the 25th and we thought of using the days before it to really get into the Tiësto feel! Did you know that he started getting into DJ-ing at the age of only 8 years old? He has been around for quite some time now, so how about we give you our TOP 10 of Tiësto songs from the last two decades, and reminisce, dance, sing and adore the tunes?

Here are the best of Tiësto! Do you agree? Yay or Nay? And which one is your all time favorite?

Two great Dutch DJs get together and create this song as early as the mid 90s. Did you know Hardwell and Tiësto became friends in Tiësto’s early career?

"Lethal Industry" is considered to have been a milestone in the genre and it is still timelessly great. Do you remember this one?

One the THE best Tiësto beats. Good for a chill summer night in the big city! Big City, bright lights, and traffic!

Adagio for Strings has got to be almost everyone’s favorite. It is probably the most famous song for Tiësto. The original song is fantastic, and this remix makes it perfection.

"Dance4Life" was recorded in the same year that Tiësto became the worldwide ambassador for the dance4life foundation. The foundation seeks to increase awareness of HIV and AIDS among youth. Kofi Annan stated that the song was a “wonderful example of how the talent and strength of young people can energize our strengths”!

"Escape me" is a classic in the Tiësto discography featuring CC Sheffield. Everyone knew the words to this song in the European club scene. Do you?

Electrifying energy is what this tune is all about. Maximal Crazy is not only the title of the song but also the motto for our mood!

Tegan & Sara influenced many during the mid 2000s and paired with Tiësto, it is both fresh and poppy. It also shows off a very different facet of Tiësto’s music and musical abilities.

Great vocals, amazing beat… this piece of art has something for everyone.

Last year’s "The Only Way Is Up" charmed the charts everywhere and we remember it well. This is the last song of our list to get us stoked for the big show. However, it isn’t the last of the greatest songs by Tiësto, as the hits list we love goes on and on and on.