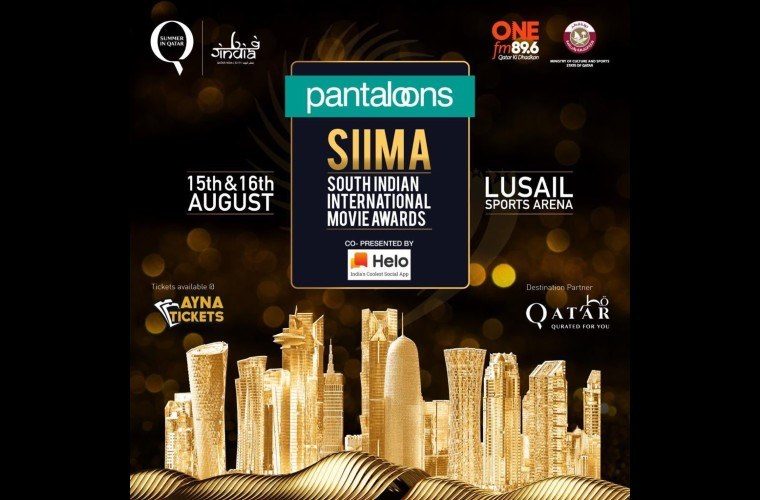 The eighth South Indian International Movie Awards (SIIMA) are set to take the stage this Summer In Qatar. The prestigious awards show will be held in Qatar on 15-16 August, and will see a galaxy of South Indian stars light up Doha’s firmament for the two-day event. SIIMA is the most-viewed award show in the industry, with awards across four languages: Telugu, Tamil, Kannada and Malayalam.

Taking place during the India-Qatar Year of Culture, the show will see 100 awards in 50 categories handed out over the two-day extravaganza. His Excellency Shri. P. Kumaran, India’s Ambassador to Qatar, will attend the festivities, which commence on India’s Independence Day.

South India cinema, less well known as its northern counterpart, is far more prolific, and accounts for about 50% of annual domestic box office collections. SIIMA, which is held outside India, aims to introduce a broader audience to South India cinema, continuing to build upon the ever-widening popularity of Indian cinema.

Managed by ONE FM 89.6, SIIMA will be held at the Lusail Indoor Arena, which has a capacity of 8000 people. Tickets range in price from QAR 50-3000, and are available aynatickets.com.

Summer in Qatar includes a plethora of entertainment shows, music concerts and comedy performances by top international artists, including summer camps for children and youth, thrilling experiences and sporting tournaments in addition to exciting travel, hospitality and retail promotions running until 16 August.