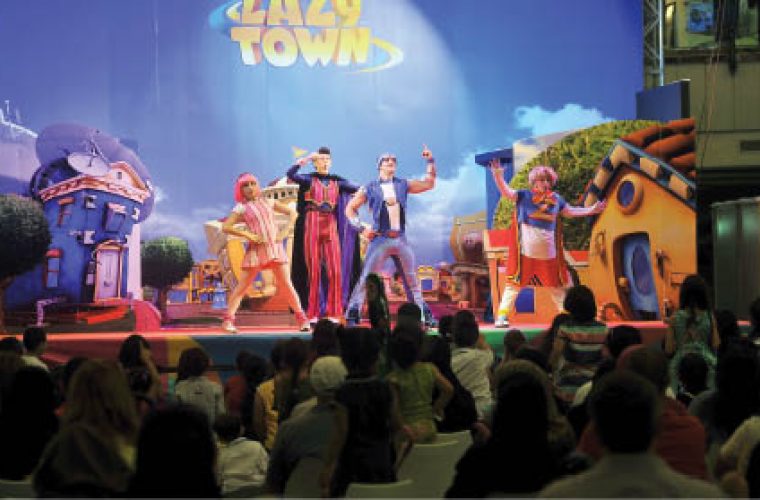 Thousands headed to malls to unwind on the first day of Eid Al Fitr holidays yesterday.

As Katara cancelled its Eid celebrations and Souq Waqif is to start its events this evening, the malls yesterday became the major destination of people who shopped, dined and watched shows.

“We opened at 2pm and as of 7pm footfall is between 19,000 and 20,000,” Navaneeth Sudhakaran, Manager, Al Khor Mall, told this daily, adding thousands more are expected to throng the mall in the coming days. The mall is one of the shopping centres which witnessed a huge number of children and families enjoying the shows, many of which are being presented for the first time.

The shows are a main part of ‘Eid in Qatar’ events organised by Qatar Tourism Authority (QTA) for seven days.

Joerg Harengerd, Director, City Centre, said as of 7pm, the number of people who watched the shows reached 3,000 and that they expect up to 6,000 to watch the shows on a daily basis.

A stage has been erected on the ice rink of the City Centre which presents shows for children every 30 minutes.

Children enjoyed the live version of the popular musical television programme Lazy Town singing and dancing with the main characters, including Sportacus, Stephanie, Robbie and Ziggy.

“Compared with last year, our Eid programme this year is bigger and better and the shows are amazing. It has seen improvement from year to year, from show to show,” Harengerd said.

For the past years, he said, the shows have been attracting people from all walks of life, including from the neighbouring GCC countries.

Over a dozen world-class shows and acts are being presented at shopping centres until Sunday.

“The shows are mainly entertainment for kids. They are of high standard and some are being shown here for the first time,” said Sudhakaran.

The Pearl-Qatar also kicked off a three-day carnival for children and families at Porto Arabia Parcel 9 and 10.

Aqua Park Qatar has started welcoming visitors with entertainment shows and cartoon characters for children and families for five days.

Other activities include traditional Qatari dances and shows by local and Gulf folk bands presented by the Ministry of Culture, Arts and Heritage, tours of Muhammad Ibn Abdul Wahhab Mosque in Dafna by the Ministry of Endowments and Islamic Affairs, shooting activity by Qatar Shooting and Archery Association and Qatar Air Sports Committee’s paragliding tours.

Al Dosari Zoo and Game Reserve open its doors to public from today until the fifth day of Eid.

Souq Waqif open today its circus and entertainment tents to entertain thousands of people in the next five days, during which over 15,000 gifts will be given to children.