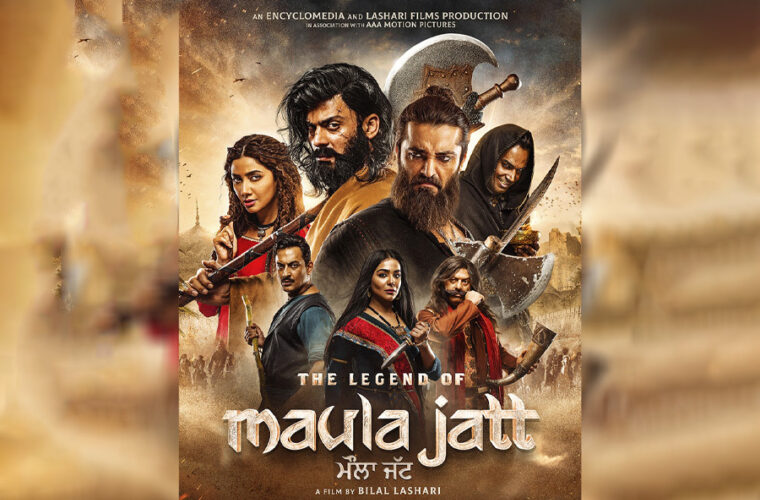 FAB Entertainment, a Qatar-based entertainment company, in partnership with Qatar Tourism, has announced the Premiere of The Legend of Maula Jatt to be held in Doha on 13 October 2022, the official global release date of the film.

The Legend of Maula Jatt is the most anticipated release of the season as it has been in the making for nearly half a decade. Boasting a stellar cast including superstars Fawad Khan, Mahira Khan, Hamza Ali Abbasi, Humaima Malik, Gohar Rasheed, and Faris Shafi, this magnum opus promises to thrill all visual senses and is an absolute treat for action movie fans.

The film is a reboot of the Punjabi cult classic, Maula Jatt, which was released in 1979 and ran in local cinemas for a number of years. Directed by Bilal Lashari and produced by Ammara Hikmat (Encyclomedia), the movie is Lashari’s take on the “Gandassa” genre set in provincial Punjab in Pakistan. The film tells the story of Maula Jatt (Fawad Khan), a heroic, prized warrior who has a fierce face-off with his arch nemesis Noori Natt (Hamza Ali Abbasi) in an epic battle of revenge for honor and glory. Mahira Khan plays the female lead as Mukkho Jatti with Humaima Malik as Daaro Nattni.

“We are delighted to have the Premiere of The Legend of Maula Jatt on its global release day here in Qatar, graced by all the main cast, director and producer. This much awaited action-packed drama will see superstars Fawad Khan and Mahira Khan come together again on screen after Hum Safar, nearly a decade ago. The trailer has already garnered over 60 million views and fans the world over including Asia, Middle East, Australia, UK and USA cannot wait to get to the cinemas to see this blockbuster visual featuring their favorite stars. We look forward to welcoming the cast and crew to Doha, in partnership with Qatar Tourism, and do hope they will enjoy Qatar’s sights and sounds and warm hospitality. There is no time like show time and we look forward to seeing you at the movies!”

Commenting on Qatar’s role in hosting the Premier, Chief Operating Officer of Qatar Tourism, Berthold Trenkel, said: “Qatar is home to a flourishing arts scene and dynamic film industry. Hosting the global release and premiere of the much-anticipated film, The Legend of Maula Jatt, right here in Qatar is a reflection of the country’s growth as a global destination for arts, culture, and entertainment.”

The venue for the Premiere is Novo Cinemas, Mall of Qatar on 13 October 2022. The film releases on the same date and tickets can be bought on Qtickets.com