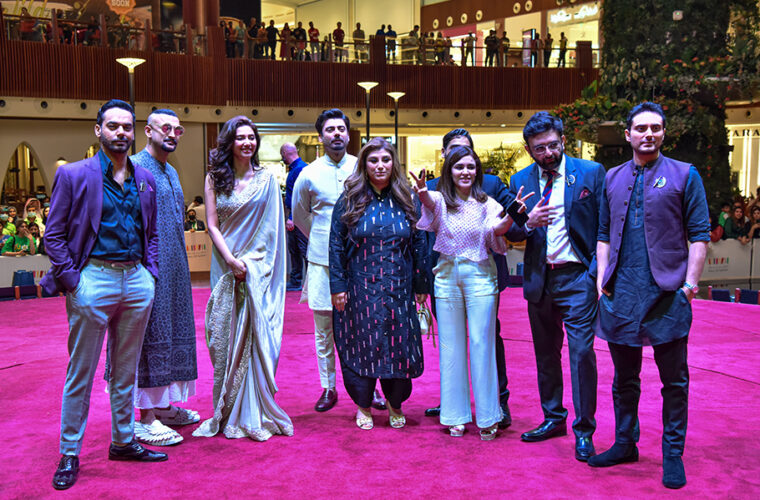 The star-studded red carpet premiere for “The Legend of Maula Jatt” made South Asian film history on 13 October 2022, at the Novo Cinema - Mall of Qatar in Qatar. FAB Entertainment, a Qatar-based entertainment company partnered with Qatar Tourism for the world premiere of the anticipated release with a glittering celebrity line up.

A stellar cast in attendance

The stellar cast in attendance included, Fawad Khan, Mahira Khan, Gohar Rasheed and Faris Shafi, as well as the director of the film Bilal Lashari and producer Ammara Hikmat. The film is a reboot of the Punjabi cult classic Maula Jatt which released in 1979 ran in local cinemas for several years. Now, in the making for nearly half a decade, this highly anticipated reboot was well worth the wait, as it left the audience glued to their seats with an experience that thrilled all visual senses.

The appearance of the cast along with the director and producer of the film at Mall of Qatar’s Oasis pulled crowds like a tidal wave. The cast interacted with the ecstatic fans and expressed their joy of being in Qatar for the premiere of The Legend of Maula Jatt. The fans were also treated to a live performance by Faris Shafi, bursting into cheers as he sang. Speaking on the occasion, Mahira Khan said, “I don’t think we could’ve have had better first international premiere than in Qatar. And even if you don’t know Punjabi, it is okay, we want you to watch it twice or thrice,” Fawad Khan added, “This is the only international premiere of the film happening and why not make it special with you guys in Doha.”

The makers of the film recently announced that the proceeds from first-day shows will be donated to the flood victims in Pakistan. Directed by Bilal Lashari and produced by Ammara Hikmat (Encyclomedia) the movie is Lashari’s take on the “Gandassa” genre set in provincial Punjab in Pakistan, and tells the story of Maula Jatt (Fawad Khan), a heroic, prized warrior who has a fierce face off with his arch nemesis Noori Natt (Hamza Ali Abbasi) in an epic battle of revenge for honour and glory. Mahira Khan plays the female lead as Mukkho Jatti with Humaima Malik as Daaro Nattni.