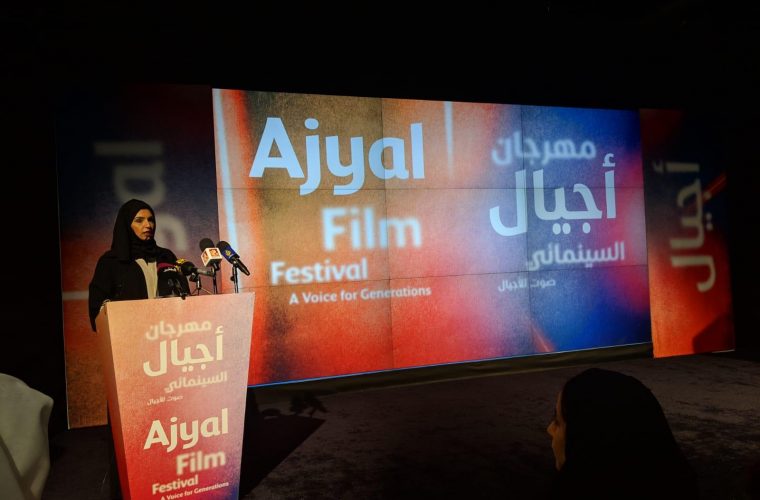 The sixth Ajyal Youth Film Festival (AYFF 2018), presented by the Doha Film Institute (DFI), will present a compelling slate of 81 films from 36 countries that expresses the power of storytelling to transform minds, and will inspire audiences and stimulate discussions about real and relevant issues that affect them.

In a press conference today, the DFI CEO announced that the six-day event will be held from November 28 to December 3 at the Katara Cultural Village, and it will feature public screenings of the films at screenings dedicated to the Ajyal jury, interactive panel discussions, red carpet events, community-oriented activities, and a brand-new venue that we'll reveal in the latter part of this article.

Film lovers will be immersed in the interesting and essential cinematic artform of storytelling through AYFF 2018's fresh offerings for 2018, including the following:

1. Girl Power to be highlighted!

The programme line-up includes 23 features and 58 shorts; 24 of them from the Arab world; 44 by women filmmakers and 14 films supported by the DFI. Moreover, this year’s Opening Night Gala of will present Freedom Fields (Libya, UK, USA, Netherlands, Canada, Lebanon, Qatar/2018), a powerful first film by Naziha Arebi. The film takes audiences on an inspiring journey through the ups and downs of threewomen’s efforts to build a football team in post-revolution Libya, even as the country descends into civil war.

2. Made in Russia section part of the line-up!

As part of the Qatar-Russia Year of Culture, AYFF 2018 is proud to present a selection of contemporary short films from up-and-coming Russian film directors, specially curated by Russian footballer Alexei Medvedev.

As the Ajyal committe recognises the illustrious career of deceased Qatari actor Abdul Aziz Jassem, the 2018 edition is set to pay tribute to this national icon, renowned local thespian, and extraordinary individual. His works will be part of the Made in Qatar awards.

4. Award-winning Theeb to be screened again!

With festival favourites and award winners such as the Cannes Jury Prize Winning Capharnaüm by Nadine Labaki; Berlinale Amnesty International Film Prize Winner Central Airport THF by Karim Ainouz; Sundance winner The Price of Free by Derek Doneen and festival favourites 3 Faces by Jafar Panahi and anime feature Mirai by acclaimed director Mamoru Hosada making the rounds this year, the committee is bringing back the inclusive cinema experience with Naji Abu Nowar’s Theeb, a DFI- supported film that won the BAFTA for Outstanding Debut and was Oscar® nominated in 2016 for Best Foreign Language Film, to celebrate UN International Day of Persons with Disabilities.

5. International jurors on their way to Doha!

The Ajyal Jury—the heart of the AYFF—is comprised this year of a record-breaking 550 members from 55 countries including 25 international jurors who will travel to Doha for the event from Armenia, Bosnia and Herzegovina, Italy, Jordan, Kuwait, Oman, Spain, Turkey and the United Kingdom.

6. Novo comes into the picture!

This is the yet-to-be-disclosed surprise that we were talking about a while ago! For the first time ever, AYFF is taking us outside the vicinities of its home Katara with the official inclusion of Novo Cinemas in the Ajyal family! There will be public screenings of the films at Novo The Pearl during the festival's run and you're most welcome to drop by with the whole gang!

Tickets for the 6th AYFF are available for purchase from tomorrow (November 13th) at FNAC stores (Lagoona Mall and Doha Festival City) and on November 17th in the Ajyal Katara Main Box office, Building 12.

To know more about the Ajyal Youth Film Festival, check out their social media links below!

Are you as excited as us for the opening of the sixth Ajyal Youth Film Festival? If your answer is yes, drop us a line in the comments and also, don't forget to like and share this article—it keeps us going!