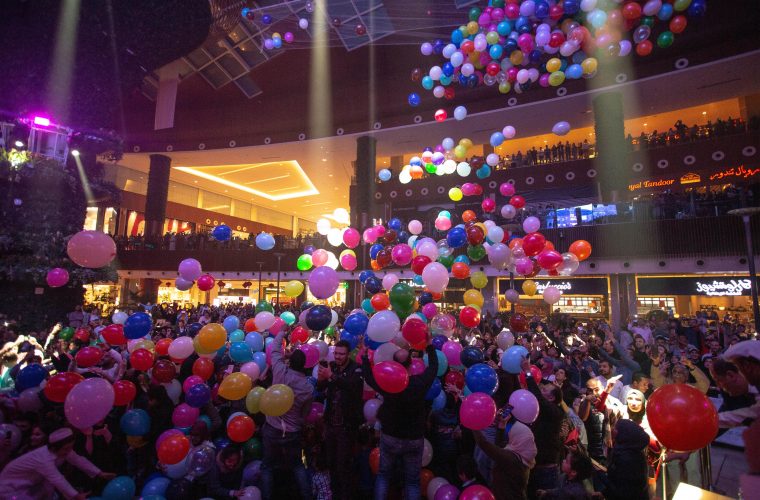 The fourth edition of Shop Qatar concluded with record sales, sold out entertainment, and packed fashion shows. The festival is a staple of Qatar’s calendar of events, heralding a packed season. It brought haute fashion stars from Europe, Asia and the Middle East to the luxurious Al Hazm, where models showed off beautiful looks from the designers’ latest collections. A staple of every festival, raffle draw entries this year showed a 75% increase, pointing to higher rate of spend as compared with the 2019 edition.

H.E Akbar Al Baker, Secretary General of QNTC and GCEO of Qatar Airways, commented: “Shop Qatar is part of QNTC’s wider efforts to diversify the economy and attract new audiences through innovative activities tailored to target markets within the country as well as internationally. This edition of Shop Qatar was the most successful yet, with a significant increase in sales across the retail sector. The festival evidenced the combined efforts of our public and private sector partners, who collaborated to develop a diverse programme, with retail, entertainment and luxury fashion offerings, to delight our local and international audiences.”

Running from 7th – 31st January, this edition of Shop Qatar featured discounts up to 70% at 12 retail partners that included malls, The Pearl-Qatar and Galleries Lafayette. The signature raffle draw events, in which shoppers obtain one voucher for every QR 200 spent at participating venues, saw a nearly 75% increase in the number of vouchers, over the same period in 2019. Al Khor Mall once again took the top spot for vouchers, while Mall of Qatar and Doha Festival City showed the greatest increases in number of vouchers. Entrants to the raffle draws spent over QR 40 million over the course of the three weeks, with 42 winners taking home cash and car prizes worth over QR 2 million.

Shop Qatar continued to celebrate culture through a series of fashion shows, makeup masterclasses and entertainment offerings featuring artists from around the world. The launch ceremony heralded the start of the Qatar-France Year of Culture, with a show by French fashion collective Faith Connexion as well as Qatar’s own Hind Al Rumaihi. Makeup maestros Mario Dedivanovic, Hanan Al-Najadah, and Dalal Al-Refai taught audiences their skills, while 20 local, regional and international designers showcased their latest couture and pret a porter collections. Celebrity designer Nicolas Jebran, as well as a galaxy of regional design stars, brought some extra lustre to Doha this season, establishing it as a fashion capital to watch. For the first time in its history, Shop Qatar included fashion shows for children, proving that style knows no age.

Throughout the festival, families visiting and residing in Qatar enjoyed a host of activities including mall activations, children’s shows, parades, as well as arts and crafts for the little ones. Audiences were kept in thrall – with Disney in Concert featuring live music from the Qatar Philharmonic Orchestra, South Asian sensations Junoon and songster Sonu Nigam performing at sold out venues, while Arab crooner Cheb Khalid wowed fans at Mall of Qatar.