Sheraton Park Project to be ready by end of 2014 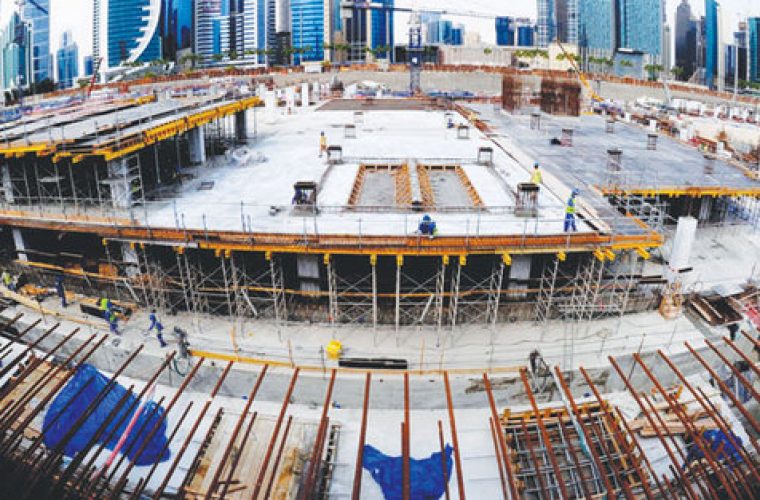 The under construction Sheraton Park Project on the Corniche is already more than 50% complete and is expected to be fully operational by the end of December 2014, QDVC CEO Yanick Garillon told Gulf Times yesterday. The senior official spoke on the sidelines of a media tour arranged at the project site. Garillon said the work on the project was going according to their planned schedule and once completed would be a delight for the people of Doha. “The attraction is not only the state of the art car parking facilities, but also the fabulously designed water fountains,” he said. One of the managers at the SPP project Vincent Le Roy said that there will be a maximum four levels beneath the ground in the middle section to accommodate the cars. According to the QDVC’s 2012 annual report, the contract for the SPP has designs for construction of a landscaped park; an underground four-levels car park for an estimated 2,800 cars; a 66 kV sub-station for Qatar’s electric power generation utility Kahramaa; two 11kV sub-stations, and a tunnel located under the Corniche road that will provide access to the Convention Center. The report said that in 2012, the QDVC team had been working on a new design for the project after the cancellation of the maintenance depot for a planned West Bay People Mover under the car park. “We have been eventually instructed by the client to develop further our proposal for two additional levels of underground car parks,” it said. CEO QDVC said that at grade, the Sheraton Park Project will consist of 73,000 square meters of public parks of exceptional quality, including basins, fountains, children’s playgrounds, cafes and restaurants. http://www.gulf-times.com/qatar/178/details/372079/sheraton-park-project-to-be-ready-by-end-of-2014