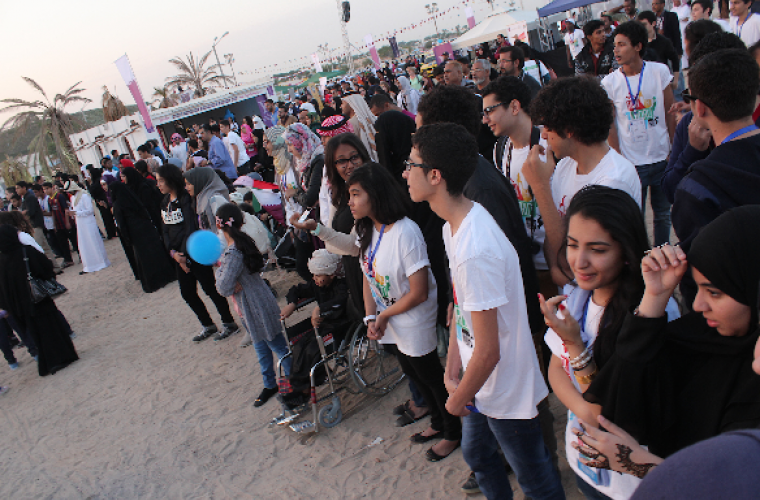 The biggest youth and sports festival in Qatar, Run The World Festival, is back and it’s going to take the youth by storm. RTW has definitely evolved since its formation in 2011 and is expecting a record number of visitors this year.

In partnership with Qatar Stars League, Katara, and Embrace Doha, Run The World Festival 2014 will take place at Katara from the 18th to 20th of December.

Qatari celebrations will also be incorporated in the festival and Run The World will be celebrating National Day on the 18th of December.

This year’s festival will also include some old time favorites, such as amazing performances by professional parkour athletes. Visitors will also be provided with the opportunity to engage in various sports, such as beach football and volleyball.

There will also be the very famous Youth Got Talent competition in which the youth of Qatar will showcase their talents and compete for personal mentorship from Dana Al-Fardan, founder of Qatar’s first record label company DNA Records.

“Run The World Festival is a great initiative that was founded in 2011 and has evolved so much in the past three years. This year’s festival is expected to be bigger and better than ever before,” said Mohamed Farid, Founder and Chairman of The Youth Company International.

This year’s festival will also be organized in partnership with Casio as the Official Watch Partner, Gulf Warehousing Company as the Official Logistics Partner, and Sushi Minto as the Main Food and Beverage Partner in order to bring together the best resources possible for the enjoyment of this year’s visitors.

RTW Festival has attracted more visitors with each year; from 10,000 visitors in 2011 to 120,000 visitors in 2013. Such a huge festival that brings communities from all over the world together to celebrate culture, sports, and talent is bound to be something to witness.