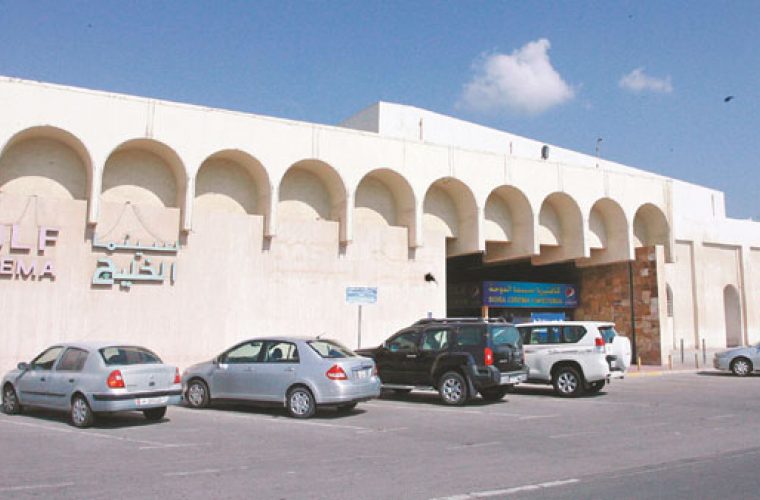 A revamped complex featuring two cinemas, branded commercial outlets and a hall for big gatherings will come up at the Gulf Cinema premises “within 6-8 months”.
Qatar Cinema & Film Distribution Company (QCFDC) general manager Abdurahman Najdi said tenders have been floated and contractors will be instructed to work round the clock and complete the project “on a war footing”.
The complex in Najma, along C-Ring Road, which housed Gulf Cinema and Doha Cinema, has remained closed since early 2013. In June 2014, Gulf Times had reported, quoting officials from the company that the revamped complex would reopen in “three-four months” following renovation.
Now, in what promises to end the long wait for a large section of movie lovers in the country , QCFDC has called tenders for the project in local newspapers.
Najdi said the company has decided to undertake construction of the new complex, which is located on a prime area, following elaborate deliberations, and its plan has been finalised and approved by the authorities concerned.
Asked about completing the massive work in a relatively “short period” of 6-8 months, Najdi said: “Only A-class contractors who have the equipment and manpower to undertake a project of this magnitude will be entrusted with the work.”
The QCFDC official stressed that only the basic structure of the present building housing two cinemas would be retained and the new contractor would carry out a thorough overhaul of the complex.
Before its closure more than two years ago, the Gulf Cinema complex was a favourite destination of many expatriates, particularly “single” workers, and was considered an “affordable” option for cine-goers.
“We have analysed and studied the country’s cinema market well, using the services of those familiar with the industry, and found that there is a growing market for affordable cinemas here,” said Najdi, explaining the rationale behind the company’s plan to have a revamped twin-theatre complex at the site, along with other facilities such as commercial outlets.
The company official added: “The complex has carved a niche for itself in the minds of the country’s residents and it will be accepted, without doubt, by film lovers when it is expected to be ready by next summer.”
He noted that soon after the advertisement inviting bids appeared in local newspapers, a number of “top-level” contracting companies evinced interest in undertaking the work. “It shows the complex has struck a chord with many residents of the country,” the general manager added.