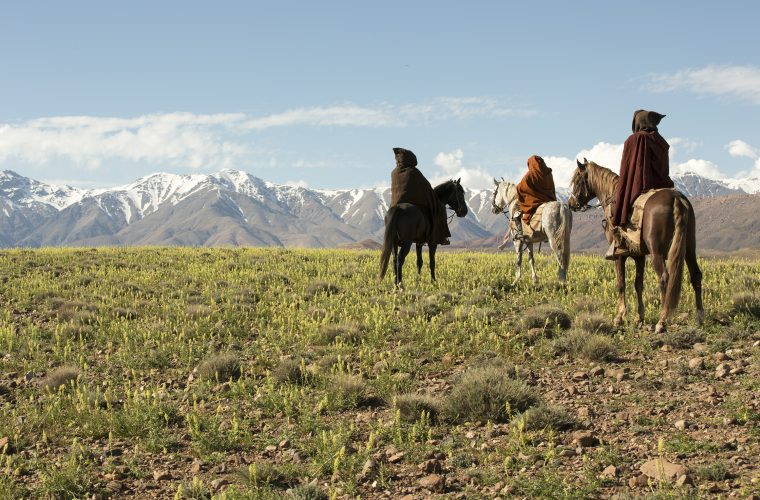 The second edition of Qumra, a Doha Film Institute initiative that seeks to provide mentorship, nurturing, and hands-on development for filmmakers from Qatar and around the world, opens on Friday, March 4 with the screenings of The Palm Tree by Qatari talent Jassim Al Rumaihi and Academy award winner for Best Foreign Language Film in 2001, Ang Lee’s ‘Crouching Tiger, Hidden Dragon’.

The New Voices in Cinema strand opens with The Palm Tree by Jassim Al Rumaihi, winner of the 2015 Ajyal Youth Film Festival Made in Qatar Award for Best Documentary, on March 4, Friday at 4.00 PM. Mainly shot using disorienting close-ups, it is an observational documentary that shows us how unnatural nature can be, and unearths the science fiction in reality.

This will be followed by the screening of Mediterranea (Italy. France, Germany, Qatar/ Arabic, English, French, Italian; 2015) also screening in the 4 PM session. The film opens in Algeria, where Ayiva and his friend Abas climb onto a truck packed to bursting with migrants and their belongings, bound for the coast of Libya. The friends have travelled this far from Burkina Faso; their hoped-for destination: Europe. Given the horrifying migration situation the world is facing today, the film acts as an urgent call to treat migrants and refugees with dignity, respect and compassion.

The Qumra Masters Screenings will commence with Crouching Tiger, Hidden Dragon at 7 PM. Co-written and produced by Lee’s longtime collaborator and 2016 Qumra Master, James Schamus, the film was named ‘Best Picture of the Year’ by 100 critics US-wide, and tells the epic tale of two master warriors (Chow Yun Fat and Michelle Yeoh) who are faced with their greatest challenge when the treasured Green Destiny sword is stolen.

There are multiple advertising possibilities with the ILQ network, drop us an e-mail at [email protected]qatar.net for inquiries!