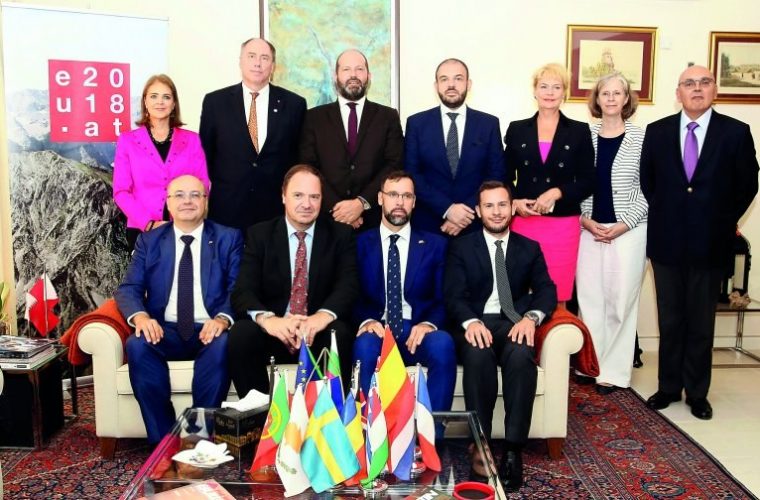 In a new attempt to bring cultural diversity of Europe closer to Qatar, a first of its kind ‘European Film Festival’ will be held here next month.

The festival will screen at least 10 films in different languages. It will be held in collaboration with Doha Film Institute and Museum of Islamic Art (MIA). The festival, which begins on October 18 at the MIA Auditorium, will screen an Austrian film, said Willy Kempel, Austrian Ambassador to Qatar during a press conference held yesterday to announce the European Day of Languages in Qatar.

All the films will be screened in the original languages with subtitles in English or Arabic. More details of the festival will be revealed later. Also the European Union National Institutes for Culture (EUNIC) – Qatar cluster will take part in the upcoming Qatar National Music Competition.

“We have a diversity of films, music and languages. We have more of Europe coming to Qatar and Qatar coming to Europe. In every event, we engage Qatari counterparts,” said Kempel, who is also the local European Union-Chair and EUNIC Chair.

Crash courses on 12 European languages will be offered free to the public to mark this year’s European Day on September 26. Being organised for the third year, the crash courses be for Bulgarian, Dutch, French, German, Greek, Hungarian, Italian, Polish, Portuguese, Romanian, Spanish and Swedish languages. It will be held at the French Institute in Qatar from 5pm to 9.30pm.

During the event, some of the embassies will bring traditional food from their countries, so participants will be able to take basic knowledge of European languages and taste cuisines from these countries.

The press conference was attended by several ambassadors and diplomats representing the EUNIC – Qatar cluster. They said European Day of Languages symbolises the unity of European countries in all their diversity. They also highlighted that learning a new language will promote cultural understanding among people.

“On this day we celebrate the culture and linguistic diversity of Europe. What we offer will be crash courses and it will give a taste and get appetite to learn the language,” said Kempel.

Every year more people have shown interest and register for the crash courses in European languages.

“Three years ago European cluster was created in Qatar with 17 embassies. Since then European Day of Languages in Qatar has become a regular event. At least 120 people have registered until now of language courses and usually the number increase when the event is nearing,” said Olivier Deseez, Head of the French Institute, Counsellor for cooperation and cultural affairs at the French Embassy.

Those who wish to attend the free courses should register HERE