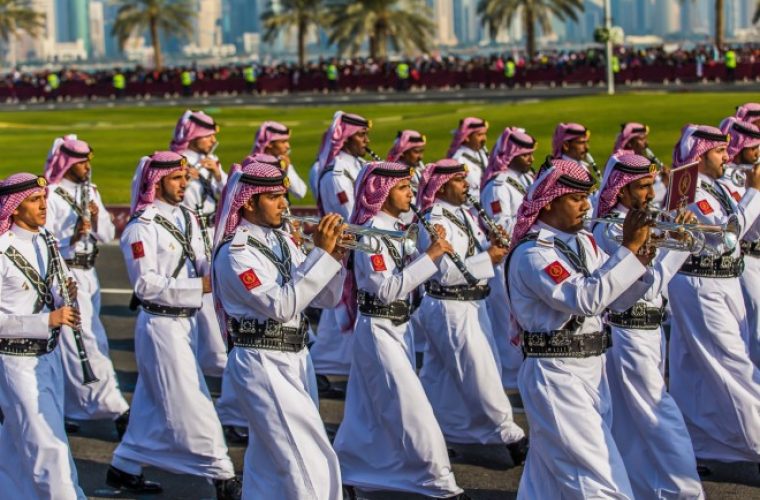 Qatar National Day celebrations will kick off on December 9, 2017 at Darb Al Saai under the theme of ‘Promise of Prosperity and Glory’, Qatar’s Minister of Culture and Sports, and head of the National Day Organizing Committee, HE Salah bin Ghanem Al Ali announced yesterday during a press conference at the Qatar National Theater.

The focus of each Qatar National Day is to bring together the country’s people in unity, loyalty, and pride of national identity, and to enhance bonds between residents and citizens of Qatar. Al Ali also urged public participation in the creation of new ideas and ways to advance the vision of Qatar National Day and celebrate Qatari heritage and tradition.

The theme of this year’s celebrations was inspired by a quote from HH The Emir, with a verse of a poem from Qatar’s Founder Sheikh Jassim bin Mohammed bin Thani used to further bolster the sense of unity and national pride among the people of Qatar.

Why are you proud to call Qatar home? Drop us a line in the comments below and tell us how you plan to show your national pride on December 18! Also, don’t forget to like and share this article