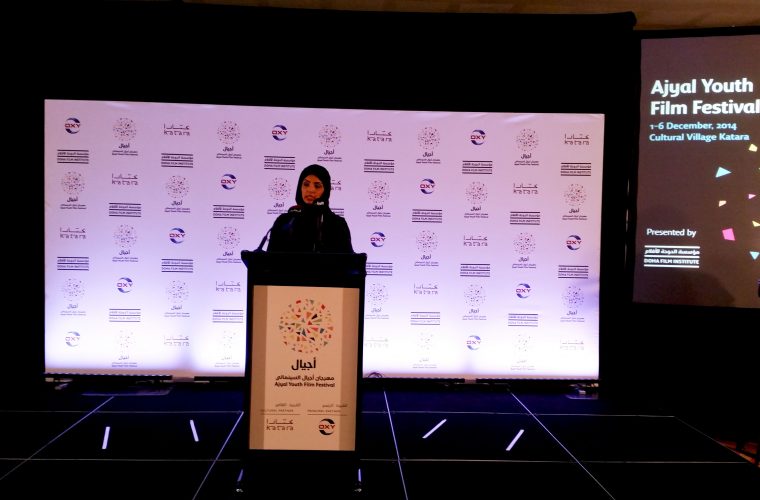 This second edition of Ajyal (which means “generations” in Arabic) will take place from 1-6 Dec, 2014 at Katara itself with film fans of all ages being able to watch documentaries, animated films, comedies and dramas, with a special emphasis on 20 “Made in Qatar” films.

“Film is a wonderful medium for bringing people together - whether families, cities or the whole world. Ajyal gives youth the opportunity to learn about other cultures, times and places - and it gives them a space to express their opinions, forge international friendships and drive positive change for the future” proudly exclaims Doha Film Institute.

There will be short films, free movie screenings at the Sony Pop-Up Cinema, the Qatar Year of Culture Cinema Showcase, Red Carpets, The Sandbox, 2 Photographic exhibitions displaying work by 10 Doha Photographers, plus a gallery displaying a great collection of antique cameras and the Ajyal 2014 Family Weekend, where there will lots of creative activities for people of all ages.

In addition, there will be a chance to buy tickets to hear Roger Allers and Mohammed Saeed Harib “In Conversation”. ­Allers is probably best known for directing the world famous Disney movie, “The Lion King” and his most recent film is the fabulous adaptation of Khalil Gibran’s “The Prophet” (which will spectacularly close the Ajyal Youth Film Festival 2014 and will have the world renowned Actress and Producer of the movie, Salma Hayek Pinault as a special guest). Mohammed Saeed Harib is creator of the enormously popular Gulf TV series “Freej” and also a contributor to Khalil Gibran’s “The Prophet”.

Opening Ajyal Youth Fim Festival 2014 will be the World Premiere of the Palestinian movie, “Speed Sisters”, which focuses on the first all-woman rally racing team in the Middle East. Cast members and the Director of the movie, Amber Fares, will be attendance at this Opening Night screening too, which will make it a special night for attendees.

At the heart of the Festival will be three teams of Doha Experience Jurors, ranging in age from 8-21 years and hailing from Qatar and 12 other International locations, such as Canada, Australia, Spain, Thailand and Italy. They will choose a total of 5 winners for “Best Filmmaker” Awards, with cash prizes of USD 5000 (for Short Films) and USD 15,000 (for Feature Films) going towards funding their next film.

Fatma Al Remaihi explained to members of the Press that over 90 films from 43 different countries will be shown at the Festival, with 61 of them being critiqued by the 450 Jurors. There will be 21 Feature Films presented as part of the public programme with 10 of these being made by first and second-time Filmmakers, plus more than 40 Shorts.

Tickets for the Festival will go on sale on Nov 18th, 2014 and will be priced at QR 25 for Regular Screenings and QR 40 for Premium Screenings. There will be ticket outlets at Doha City Centre Mall and Katara ticket booths located in buildings 12 and 16 at Katara Cultural Village.

All screenings will take place at Katara Cultural Village.

Information about the Ajyal Youth Film Festival, 2014 can be found at: