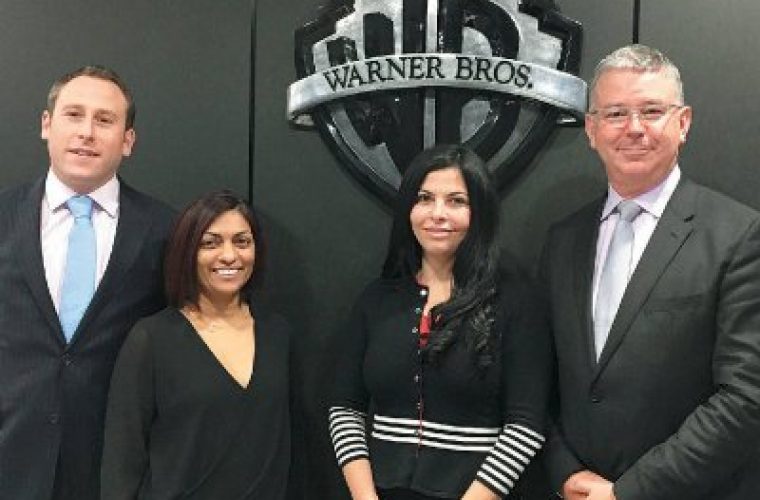 In a landmark deal that underlines OSN's position as the home of blockbuster movies and series, the region's leading pay-TV network has signed an exclusive output agreement with Warner Bros International Television Distribution for 'first and exclusive' access to its premium content for the Middle East and North Africa. The long-term agreement between the region's leading pay-TV/Video-on-demand provider and Hollywood's leading studio, has been extended till 2020. This means, OSN subscribers will have continued first and exclusive access to Warner Bros' diverse breadth of blockbuster movies in the shortest possible span after their theatrical release as well as its top-rated award-winning TV series. OSN aims to offer some key shows, at the 'same minute' as they premiere in the US.OSN subscribers can access all of Warner Bros content in full HD on both OSN pay-TV channels and on catch-up basis via OSN On Demand and OSN Play, the award-winning online viewing platform, assuring convenient access to OSN's premium content anytime, anywhere.OSN CEO David Butorac said:"This is a milestone partnership that enhances our content delivery and demonstrates our focus on delivering outstanding entertainment for our subscribers. Long-term deals with the world's leading entities in the entertainment sector such as Warner Bros enables OSN to stay ahead of the market with exclusive content. This is a significant strength that we bring to the industry, which is unbeatable." Warner Bros Worldwide Television Distribution President Jeffrey Schlesinger, said:"OSN has quickly become the top-rated and fastest growing pay-TV network in the MENA region, one of the key markets for Warner Bros Through this deal, we will deliver our premium content spanning hit movies and popular TV series to OSN's subscribers exclusively."OSN subscribers will have the unbeatable opportunity of accessing Warner's premium portfolio of blockbuster movies such as Gravity, Interstellar, The Lego Movie and 300: Rise of an Empire; franchises including The Hangover, Superman and The Hobbit. Viewers can also look forward to an upcoming slate of potential hits like Mad Max: Fury Road, The Man From U.N.C.L.E. and Entourage and superhero movies from the D.C. universe such as Batman vs. Superman and the entire Justice League franchise. OSN's Executive Vice President for Programming Khulud Abu Homos said:"Warner Bros is a top-rated content creator and a world leader in premium and popular entertainment, with one of the largest portfolios of mega-hit movies. Through the agreement, OSN becomes the ultimate home for top-notch, exclusive Hollywood entertainment for the next five years. We will be the first to telecast blockbuster movies from Warner Bros in our region following their theatrical release, providing unmatched value for our subscribers." OSN will also be the home of all of Warner's upcoming TV series and will continue to exclusively screen hit shows such as 'The Flash', 'Supernatural', '2 Broke Girls', 'Two and a Half Men' and 'The Ellen DeGeneres Show', among others.