“Oktoberfest in the City” 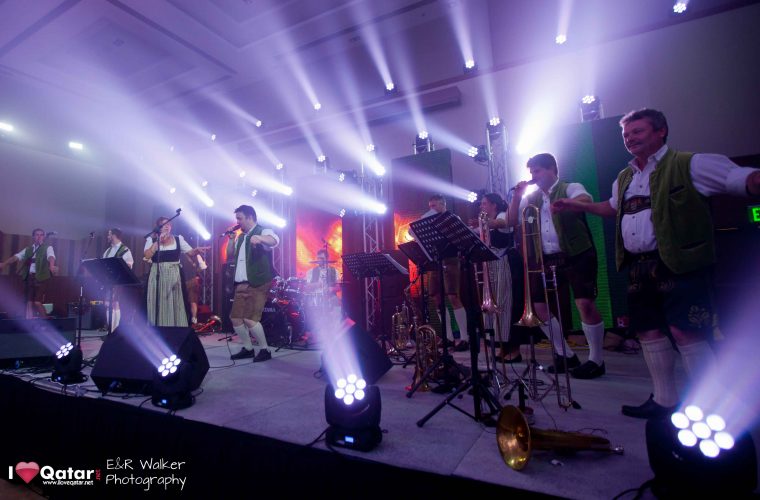 I headed down to Doha Intercontinental The City on opening night to check out the opening night of “Oktoberfest in the City”, the hotel’s 2014 Oktoberfest celebrations, which run from 29-31 October from 6pm-2am.

The Jawhara Ballroom, which has been traditionally decked out in true Oktoberfest style looked fantastic and added greatly to the party mood with its colourful light show.

Traditional communal long tables allow you to get to know fellow revelers, as you sample the great German food and drink on offer. There is a choice of several starters, mains and desserts; we tried the “Konigsschnitzerl” (Escalope of veal with grilled potato, parsley and fried onions) as well as a tasty Apple Strudel and Cherry Bread with Bavarian Cream dessert, accompanied by some traditional Franziskaner beer.

The music is provided by the excellent 9-piece Bavarian band, Harthauser Musi, who have played at many Oktoberfests around the world, including the world- famous, Munich Oktoberfest and who indeed provide a night of great entertainment with their medley of traditional and modern tunes. Audience members are encouraged to join in as band members dance a conga around the ballroom with several guests dressed up in traditional Lederhosen and Dirndl costumes to add to the mood.

There is a minimum spend of QR 160 per person, payable upon entry and by paying this guests receive vouchers to be redeemed for food and drink to the same value. Extra vouchers can be bought from the cashier to purchase additional items.

We really enjoyed our night out at “Oktoberfest in the City” and would highly recommend it, so head on down to Intercontinental Doha The City until Oct 31. 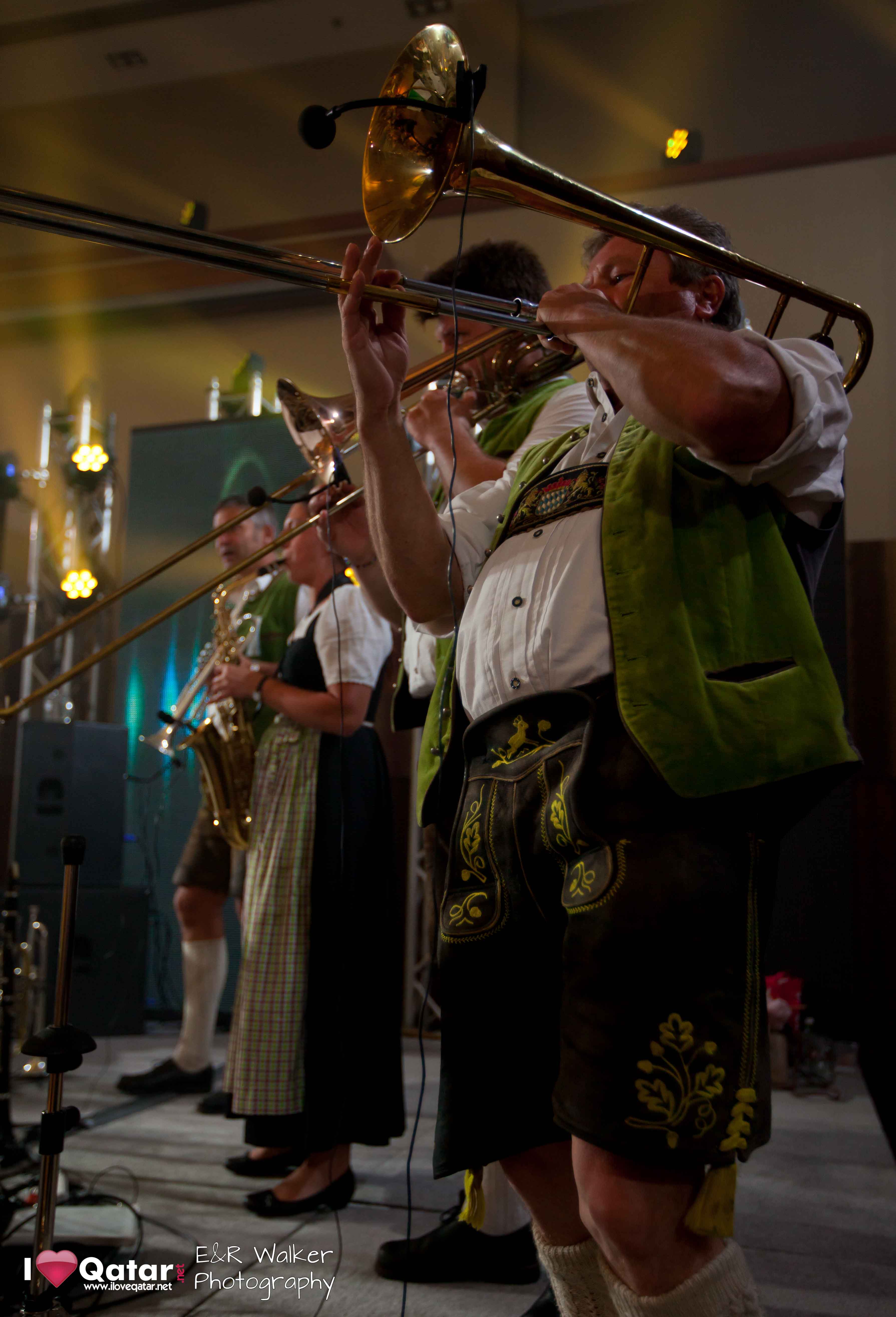 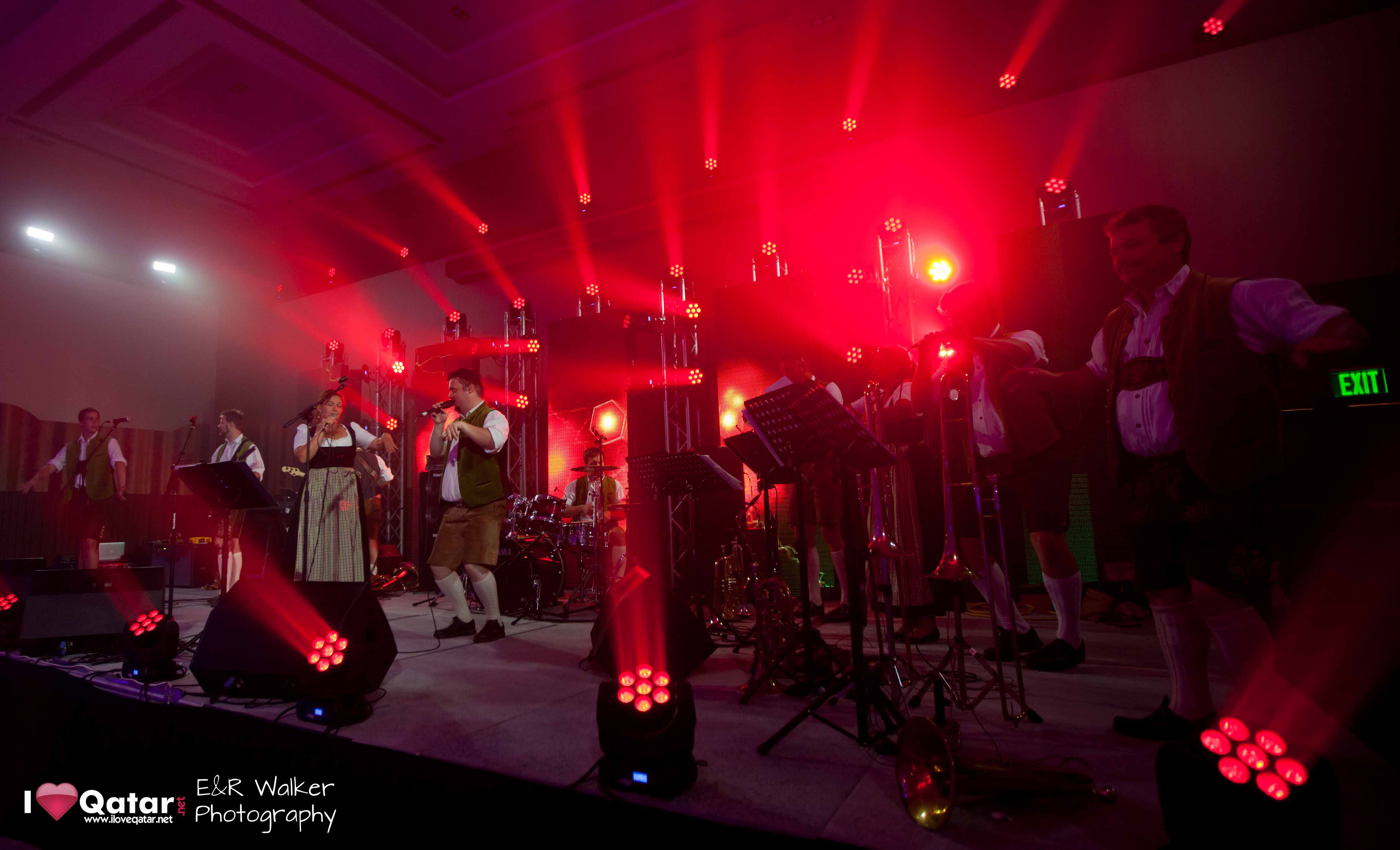 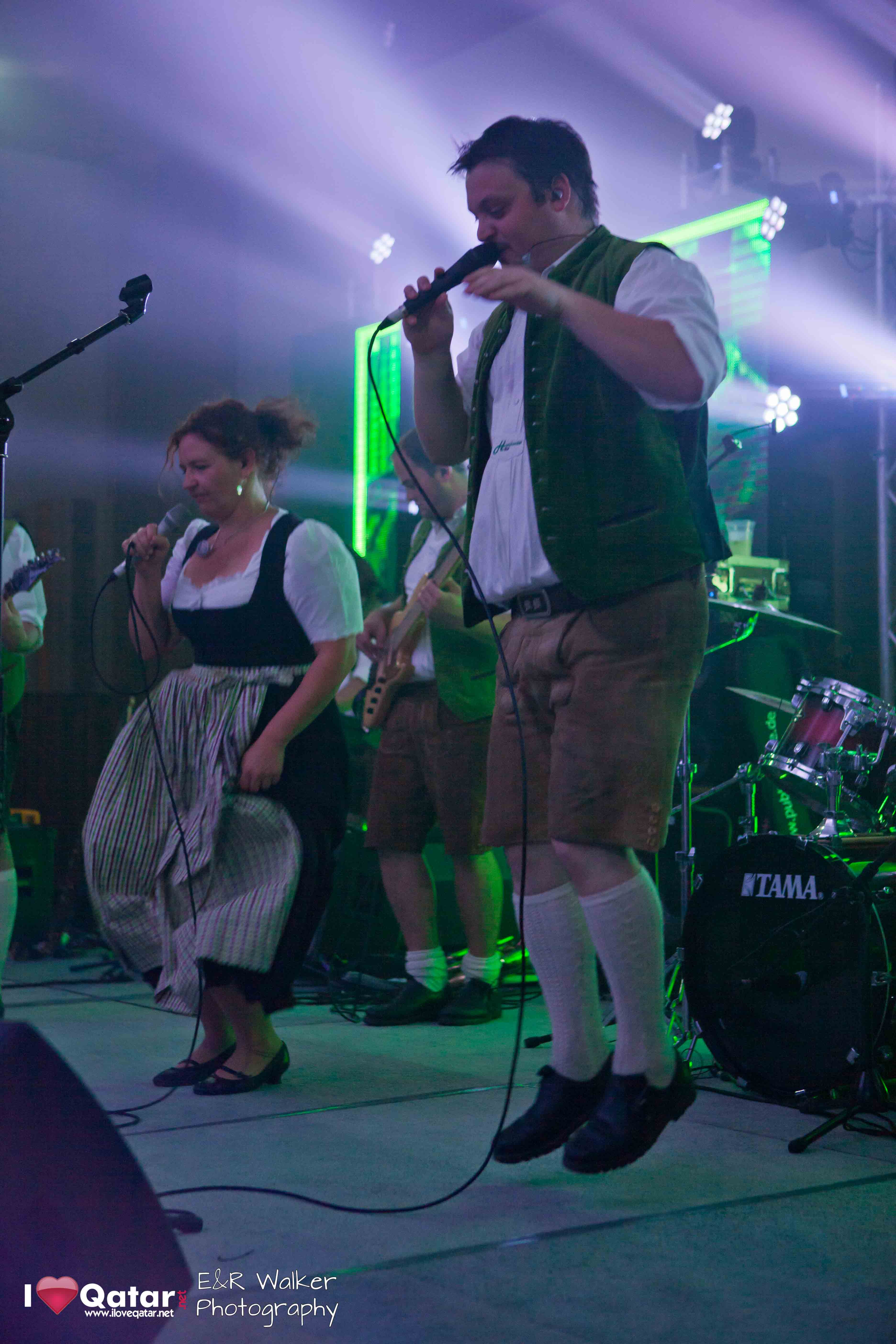 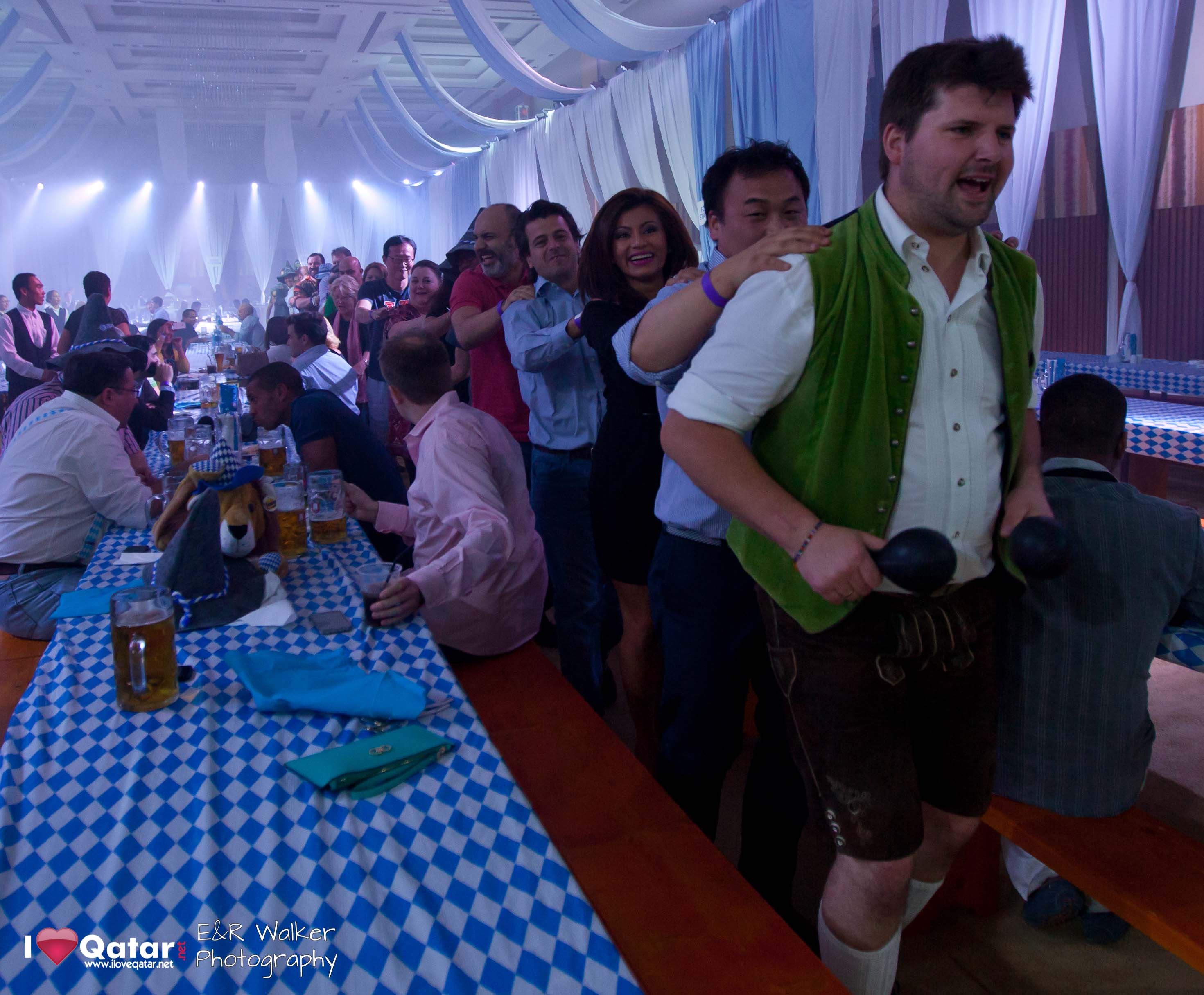 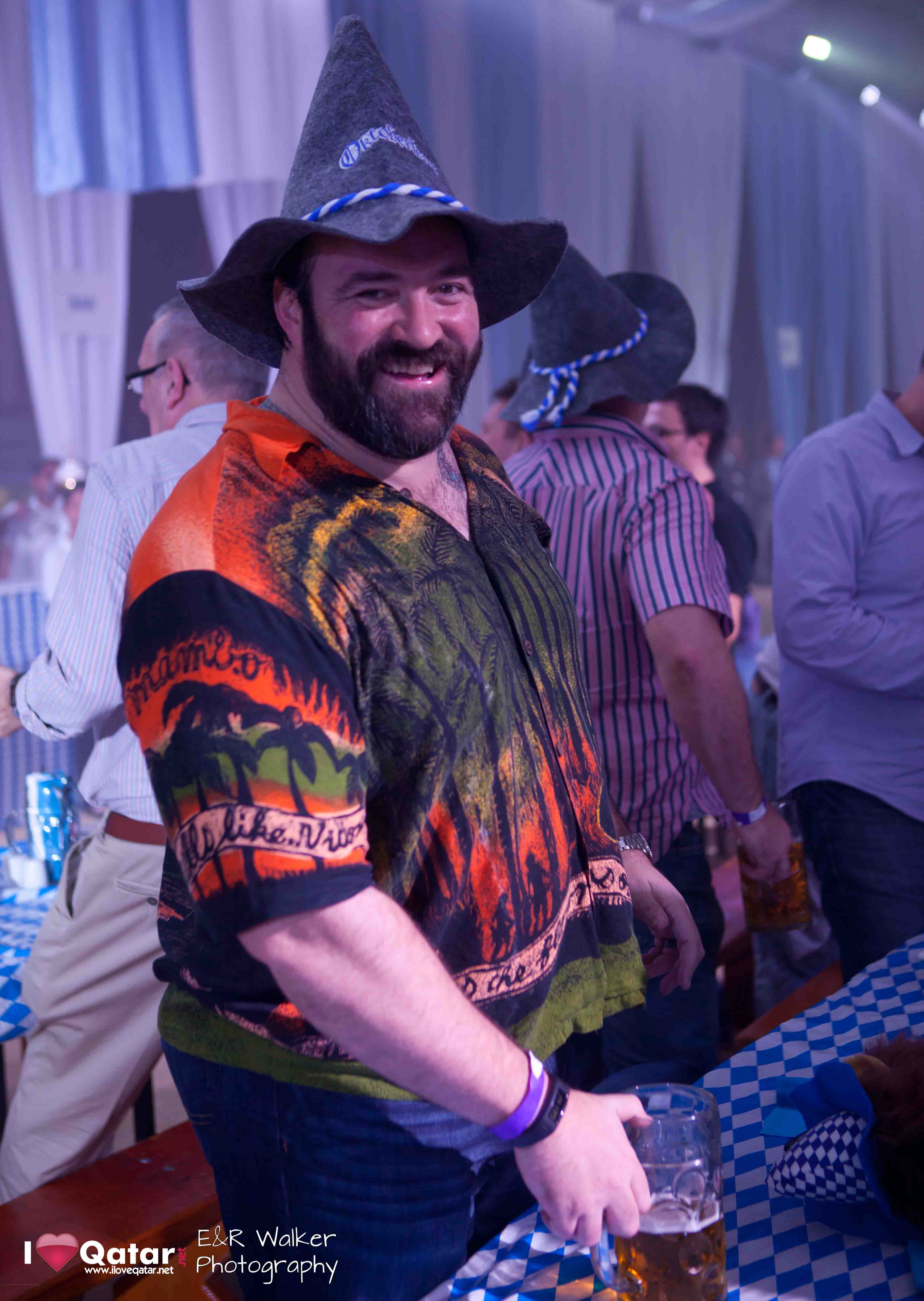 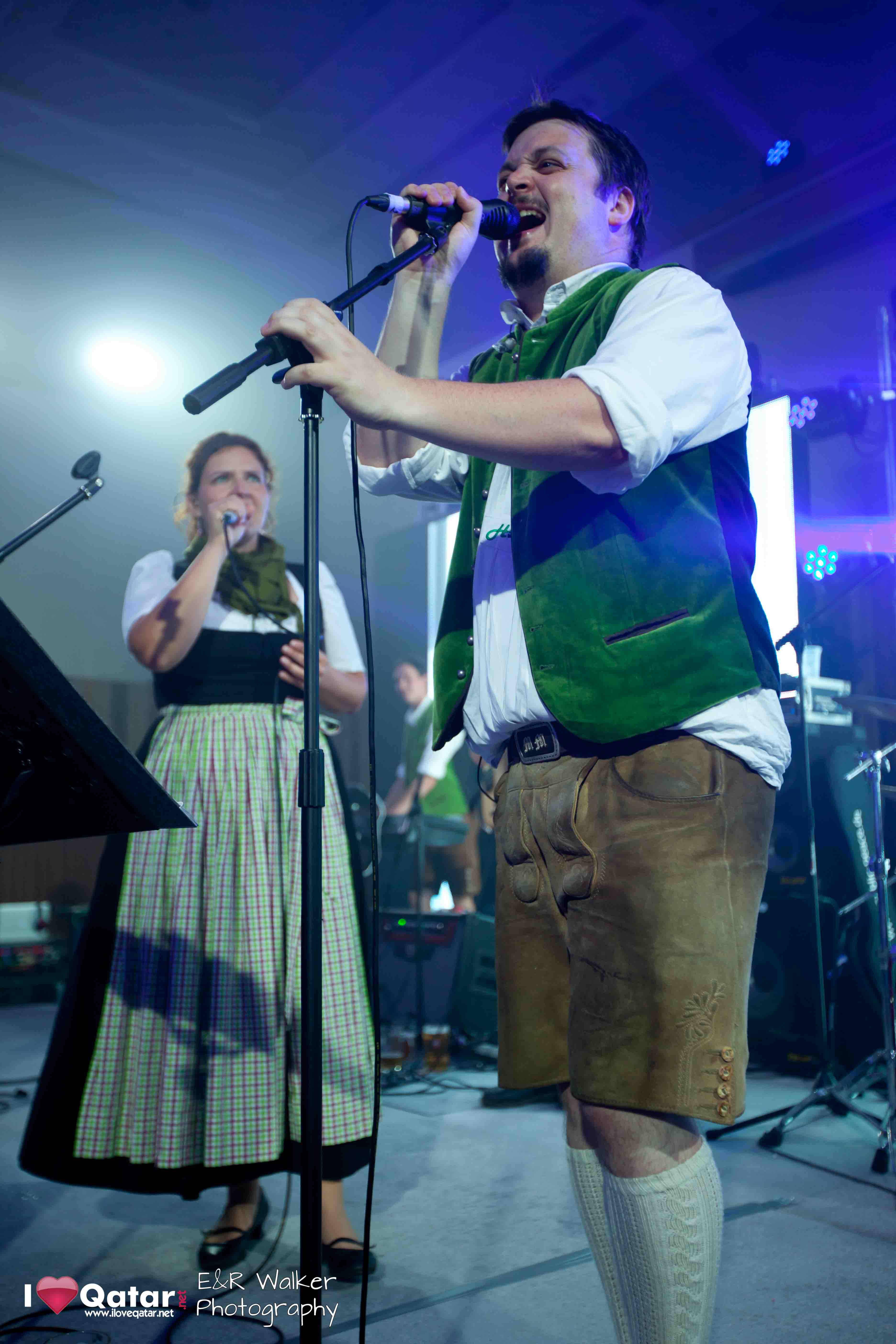