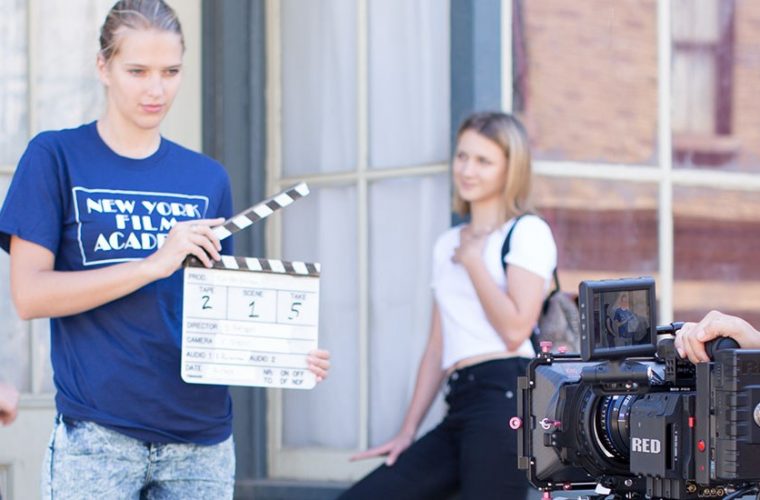 For more than two decades now, the New York Film Academy (NYFA) has established itself as one of the premier hands-on film and acting schools in the world. NYFA has built a formidable reputation with its innovative hands-on approach to educating and teaching. Students are surrounded by award-winning faculty that is equipped with state-of-the-art facilities. The project-based curriculum they offer is designed to reflect a real-world environment while encouraging students to explore their own creativity and passions.

NYFA's programs include filmmaking, producing, screenwriting, cinematography, digital editing, documentary film, acting for film, 3D animation and visual effects, photography, game design, musical theatre, graphic design, and virtual reality. Currently, they have broadened their horizons by taking their visions outside of the United States of America, and what is exciting that they are coming to our lovely city Doha to spread the knowledge of filmmaking.

The New York Film Academy was founded by veteran film producer Jerry Sherlock in 1992, well-known for his movie, "The Hunt for the Red October" which made a huge movie success worldwide. NYFA started when Jerry's friends encouraged him to start his own film school. His friends tried to enroll their own kids in acting and filming school but because it's too expensive they were not able to do so. Determined Sherlock designed a school that was not only affordable but more importantly, was founded on the principle of learning by doing.

Animated by the idea that to be able to produce a quality movie, you need to learn it on your own, Sherlock and his founding partners designed a truly unique curriculum. They mixed the traditional way of filmmaking with their newest approach by letting students go out and shoot their ideas and concepts into realities. Students write, produce, direct, and edit their own original films while also serving as crewmembers in their fellow classmates’ films to gain extensive on-set experience.

NYFA is expanding globally with its tried and tested curriculum and presently, they have five established campuses and many destination programs worldwide. Students at NYFA campuses in New York City, Los Angeles, and South Beach, Miami, campuses students can earn their degree, while at NYFA Gold Coast, Australia, students can immerse themselves in long- and short-term conservatory programs and workshops.

The Auditions and Portfolio Reviews offer applicants an opportunity to demonstrate their skills to their admissions representatives, in order to be eligible for a talent-based award on their NYFA tuition. Interested individuals must be an applicant to a 1-Year, 2-Year, AFA, BFA or MFA program at the New York Film Academy in order to be eligible for an Audition or Portfolio Review.

Meanwhile, the Information Sessions offer individuals an opportunity to learn about our programs, locations, and the school's enrollment process. This will allow them to have an idea of the courses offered by the school and the different programs they have for filmmaking production.

Note: Please register only once for one opportunity to meet. If you would like to attend the information session in addition to a portfolio review or audition, they will be in contact with you to assist in the booking.

There's no stopping to their worldwide expansion and commitment to produce great filmmakers and documentarists. The New York Film Academy is coming to town this month. Are you all excited? Did you find this article interesting? Tell us what you think and write it below in our comments section. Also, please like and share this article - it keeps us going!