New Doha zoo ‘to be the biggest in region’ 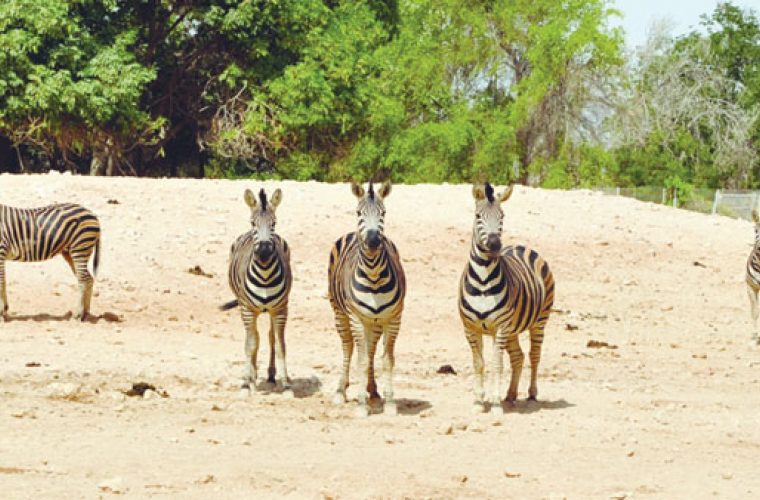 Doha will soon have a new zoo with additional features and attractions, the Public Works Authority (Ashghal) announced yesterday. The new zoo will cover 75 hectares, seven times the size of the current facility which has been closed for development work almost a year and a half ago. It will be divided into several regions representing the natural and climatic features of three continents, an Ashghal official said. There will be an “Africa Safari”, characterised by forests and savannas; an “Asia Woodland”; and a “South America rainforest”. Visitors to the three zones will experience the original feel of the places, the official said. More than 12,500 trees will be planted. Some of them will be brought from different geographical areas. The old zoo had about 1,000 trees. Ashghal yesterday launched the final concept master plan for the new zoo’s development and appointed KEO International Consultants as the project’s design and construction supervision consultant in co-operation with HHCP+PJA with a QR230mn contract. Ashghal president Nasser bin Ali al-Mawlawi signed the contract along with KEO International Consultants CEO Donna Sultan. “The new Doha Zoo will be a prominent tourist attraction and an important entertainment destination that attracts visitors locally and internationally,” al-Mawlawi said. The newly-designed zoo, he said, “will be an entertainment outlet for the country’s residents and tourists who will appreciate the diversity of the regions within the zoo and the green landscapes in the park that surrounds it”. Ashghal has started working on the new zoo in July 2012 when designers were asked to come up with the primary architectural concept and general master plan for the project. “After going through careful procedures”, Ashghal said its steering committee chose an “appropriate concept” and in December 2012 it appointed international consultant HHCP+PJA to develop a concept master plan. Ashghal also appointed leading international specialists and studied international practices in zoology. At the end, HHCP+PJA was able to deliver the new zoo’s concept master plan, whose implementation is expected to begin in 2014 with inauguration scheduled for the end of 2017. Upon completion, al-Mawlawi said, it would be “one of the biggest and most beautiful zoos in the region”. He added that the zoo would “contribute towards the enrichment of knowledge and awareness of environmental issues and preservation of our ecosystem”. The zoo would show interconnectivity between different regions of the world and Qatar’s rich bio-diversified environment. It would take into account the requirements of people with special needs as well as safety and security procedures, al-Mawlawi told reporters, noting that Qatari companies would participate in later stages of the project. Asked about the reason for building the new zoo in the location of the old facility, the Ashghal CEO said it was stuck in people’s minds and a lot of people had been used to it since they were young. He added that it was also taken into consideration that the zoo was near to Aspire Park and a bridge would connect the two facilities. HHCP managing director Gregory Dungan said that his company had developed the zoo “to provide visitors (with) a one-of-a-kind experience that sets a new global standard for zoological parks”. This new vision, he added, “establishes the zoo as a must-see destination for visitors from around the globe”…. Following the signing ceremony, Sultan said: “There are very few greenfield zoos being planned in the world, and to be involved as a key player in this new zoo in Qatar is a consultant’s dream come true. It will be more than just a zoo. It will be a trend setter in the world for what makes a great zoo. “We are really looking forward to working with Ashghal and the talented design team and countless specialists that have been pooled together in realising the new Doha zoo.” “The Zoo will be interweaved with a public park with no fences that obstruct the vision; and therefore, will not affect the landscape of the surrounding streets, but will add an aesthetical dimension and green spaces to them”, a press release issued by Ashghal said. “Each region of the Doha zoo can be discovered through multiple safari trips that will take the visitors on memorable journeys across the zoo and its vast green landscapes to watch the wildlife species of each of the three continents. The safari trips will vary between car trips, trekking on foot through safe passages, trips by boats and Children’s Safari that commensurate with their age and maintain their safety.” A training centre for animal care, a “Discovery Centre” and 3D and 4D interactive theatres will from part of the new zoo. All animals of the current zoo will be moved to shelters in Rawdat Al Faras farm where they will be taken care of by specialised experts until the completion of the new project. http://www.gulf-times.com/qatar/178/details/371592/new-doha-zoo-%E2%80%98to-be-the-biggest-in-region%E2%80%99