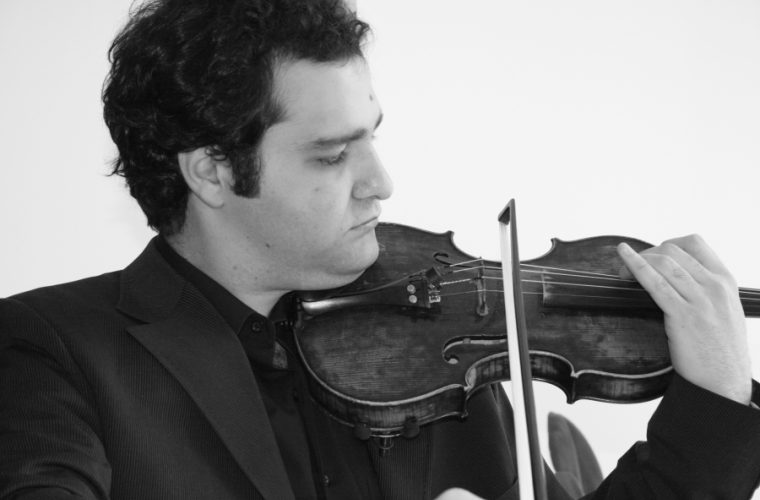 Doha-based violinist and composer Maias Alyamani has launched his new album Offstage. The 32-year-old Syrian artiste arrived in Qatar in 2008 and has been associated with the Qatar Philharmonic Orchestra since then. He said that his latest offering was a ‘100% made by residents of Qatar’ CD, which was a ‘first’ by any artiste in Qatar and the region. It is available at Virgin stores. “I composed this music in classical-oriental style, which I performed in the album along with the strings of the Qatar Philharmonic Orchestra,” he said of his new CD. There are 11 instrumental tracks in Offstage, which have a live orchestra concert feel to it. When asked about his inspirations and whether the events in Syria have had an impact on his music, Alyamani said that any artiste would be influenced with what takes place in his own country. But even though it was evident in his music that he was deeply pained by what was happening in Syria, he said that he didn’t want to dwell on regional politics, because he believed that it would in some way be cashing in on a conflict. “You know, instead of calling my album Offstage, I could have named it something like the Syrian Revolution Music and instantly gained huge commercial success, but I chose not to do that. I don’t want to sell the blood of Syria,” he said. The artiste said that his album was not a commercial venture. “The album is non-commercial music, which is why I produced it myself like my others albums,” he said. It is a dilemma which Syrian artistes like Alyamani face. Although some musicians like him get their music out somehow by producing albums themselves outside their country of origin, the Syrian audience for which their hearts play remain unreachable to them. When asked how he felt about that, Alyamani said that he hoped that his music was available to everyone, especially people in Damascus from where he belongs. He recognised that people back home struggle with finding bread these days and would hardly care for music. But he insisted that culture was important. “Some people say that during war time music and culture should come to a stop. But I am of the opposite view. I see culture and music as being [a] basic [necessity] as air or bread for the people,” he said. He said that unlike bread which reportedly comes at a huge price in Syria these days, he would offer his music for free to them if he had the chance. About Qatar, Alyamani thanked the leadership of the country, especially HH Sheikha Moza bint Nasser, who gave a lot of opportunities to musicians like him here. The artiste said that ‘Offstage’ would also be available soon in the Middle-East and Europe at EMI and Virgin stores, and worldwide at iTunes. A release concert in Doha would take place on January 9 at 6pm at the Museum of Islamic Art, which would feature Alyamani on violin, George Oro on percussions, Sandor Onodi on double-bass and the Doha String Quartet. Alyamani started his career in 2000 as a solo violinist and composer, and since then he has performed and shared his music all over the world with many top artistes and orchestras like Gidon Kremer and the Kremerata Baltica, Daniel Barenboim, Dave Pierce, and many others. He has a Master’s Degree from Vienna University of Music. Photo: maiasalyamani.com http://www.gulf-times.com/qatar/178/details/377108/musician-launches-new-album