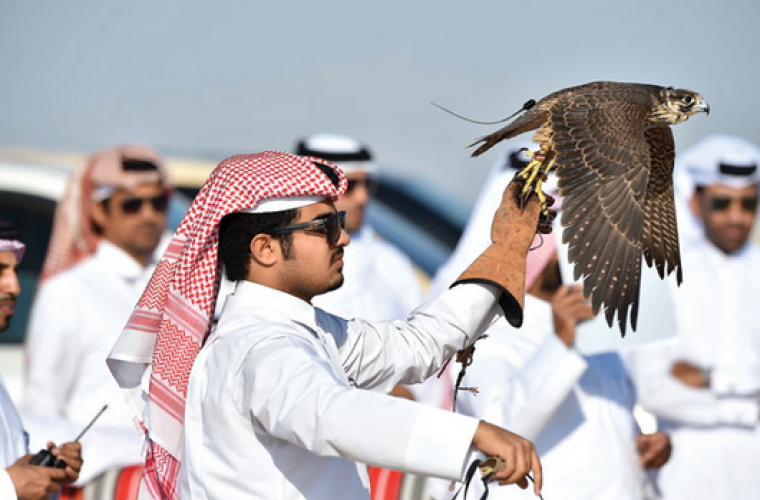 DOHA: The sixth edition of the Qatar International Falcons and Hunting Festival opened yesterday with an exciting competition among participants in the Hudud Al Tahaddi challenge.

The month-long festival under the patronage of H E Sheikh Joaan bin Hamad bin Khalifa Al Thani is being held at Sabkhet Marmi near Sealine, Mesaieed.

Yesterday’s event saw an intense competition between the competing falcons, which were characterised by their speed and strength, as they struggled to catch the homing pigeons flying beyond Sealine and towards Umm Abirieh, North of Doha.

The chairman of the organising committee, Ali bin Khatim Al Mahshadi, thanked the festival’s patron, Sheikh Joaan bin Hamad bin Khalifa Al Thani for his unlimited support of the heritage event as well as the authorities supporting the festival.

Mahshadi also announced that passports would be issued for falcons to be used as travel documents between GCC countries which would enable falconers to travel with their birds by air, land or sea, in a first of its kind step which aims to support the heritage sport of falconry.

For his part, the General Manager of Katara Dr Khalid bin Ibrahim Al Sulaiti, who had attended the day’s events, noted the festival’s high standard of organisation, commending the organising committee and its chairman and Deputy Chairman Mohammad bin Abdulatif al Misnad for ensuring that the festival was actualised at such high standard.

Sulaiti also thanked the organisers for again organising the Young Falconer competition, thus demonstrating their commitment to preserve this heritage sport of falconry, as well as the customs and traditions of the Qatari society by ensuring that a new generation of falconers would continue to practice the sports.