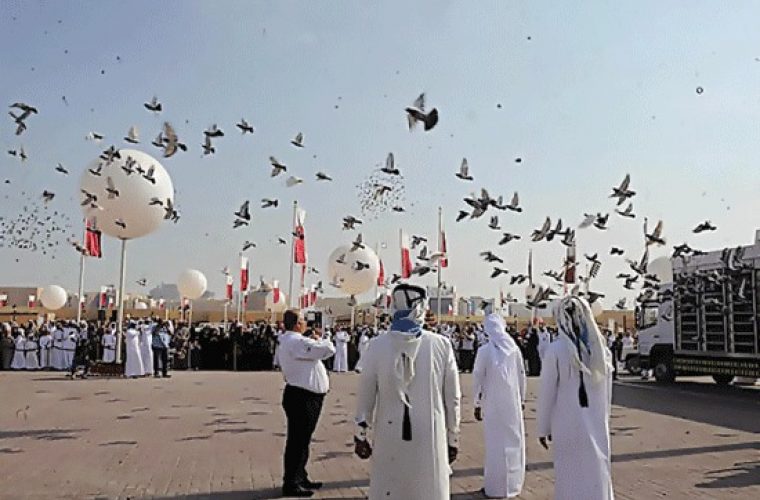 Citizens and expatriates are in for spectacular shows today as part of National Day celebrations at locations across the country.

The eighth military parade on the Corniche starts the events during which the Qatari Army, Air Force, Navy, Emiri Guards, Lekhwiya, Al Fazaa, Coast Guards and other units of the Ministry of Interior will march past along with military vehicles and warfare equipment. The 40-minute parade will feature stunning aerial show and sea display and see the participation of schoolchildren in traditional costumes and military uniforms.

Parade organisers have advised spectators to come before 7am to the venue where thousands of seats have been set up. Spectators can also enjoy a pyrotechnic display at 8pm tonight on the Corniche. A total of 335 teams, including 7,750 students, are expected to take part in activities organised by the ministry for expatriate communities at four venues. Cultural shows, arts and sports competitions will be held in Asian Town in the Industrial Area, Al Wakrah Sports Stadium, Rayyan Sports Club and Barwa Recreation Complex in Al Khor.

Schools, community teams and companies will compete in parade, cultural show, general show and songs. There will be sports competitions, including football, volleyball, basketball, cricket, tug-of-war and running race.

Concerts by troupes from Pakistan, Bangladesh and India will also highlight community events.

A T20 match will be played between Pakistan XI and Qatar XI in Asian Town. Forty-eight events inspired by Qatari heritage have been lined up at Katara today and tomorrow. Events start at 1pm today and include a military parade, aerial show, unfurling of the largest national flag, exhibitions and poetry competitions, screenings and workshops, among others. Katara’s Loyalty Book which collected 10,000 signatures last year will record visitors’ signatures. The Katara Cultural Market will be open to the public. Activities, performances and exhibitions at Darb Al Saai continue today.