MICKEY MOUSE AND HIS FRIENDS ARRIVE IN DOHA 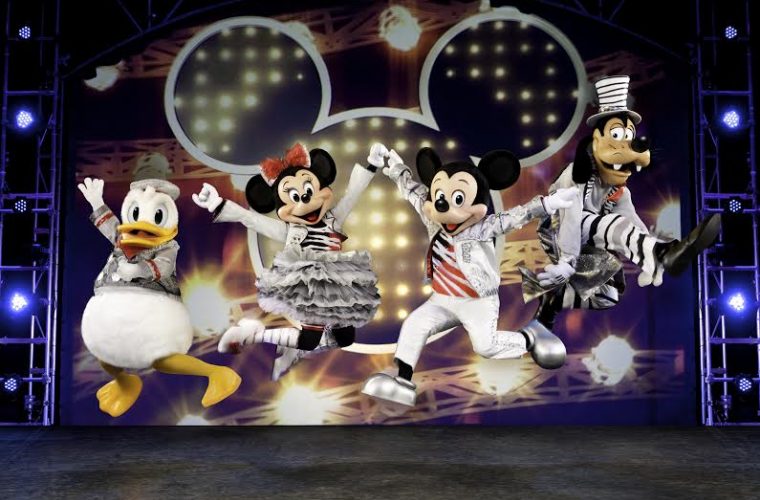 Disney Live! presents Mickey’s Music Festival is produced by Feld Entertainment and brought to you by the Qatar Tourism Authority (QTA) and Sport & Entertainment Solutions

It has taken weeks to ship 299 costume pieces, lighting and staging equipment to Doha in anticipation for the first ever Disney Live! stage show in the Gulf country. Disney Live! presents Mickey Music Festival will be held at the QNCC from February 12-16. Tickets are selling fast but are still available for the family entertainment show at all Virgin Megastores and online at www.virginmegastore.qa

Mickey Mouse’s return follows the success of last year’s skating spectacle, Disney On Ice celebrates 100 Years of Magic, which saw a record number of people flock to the QNCC to see the coolest show in town.

Disney Live! presents Mickey’s Music Festival features an all-star lineup. Alongside the fab-four, Ariel, Jasmine, Aladdin, Woody and Buzz will be performing in a music medley of mega proportions. Mums and dads will be on their feet dancing in the aisles with their children to their favourite hits from the blockbuster movies of Disney’s Aladdin, The Little Mermaid, and Disney•Pixar’s Toy Story remixed to a variety of rock, pop, reggae, hip-hop, jazz and country jams.

Rashed Alqurese, Director of Marketing & Promotion Department at the Qatar Tourism Authority (QTA), welcomed the cast and crew today, saying: “Families from across the region come to Qatar to experience these iconic performances where they can connect with their favorite Disney stars. We are confident that this show will continue to help make Qatar the ultimate family entertainment destination in the Middle East.”

Produced by Feld Entertainment and brought to Doha by the Qatar Tourism Authority (QTA) and organized by Sport & Entertainment Solutions (SES), this unique family stage show will no doubt be one of the most memorable events of the year.

Ali Haidary, Founder and CEO of Sport & Entertainment Solutions (SES) said, “We are very excited to bring Disney Live! presents Mickey’s Music Festival to Doha. Following the overwhelming success of Disney On Ice last year, we wanted to make sure that we came back with an entirely new and exciting experience for audiences in Qatar.”

“With the support of the QTA, we aim to bring a variety of live productions to the Middle East in the future. Each show has its own unique style and we look forward to enhancing the family entertainment industry in the region.” he added.

Disney Live! presents Mickey’s Music Festival is the sixth incarnation of Disney Live! since its creation in 2004. It recently completed a tour of Turkey and Cyprus. This is the first time the show will play in the Middle East.

“Performing for the first time in a new city is always very exciting for the cast. We want to make sure that we transmit the Disney joy and magic to every single person in the audience,” said cast member Tuan Belk.