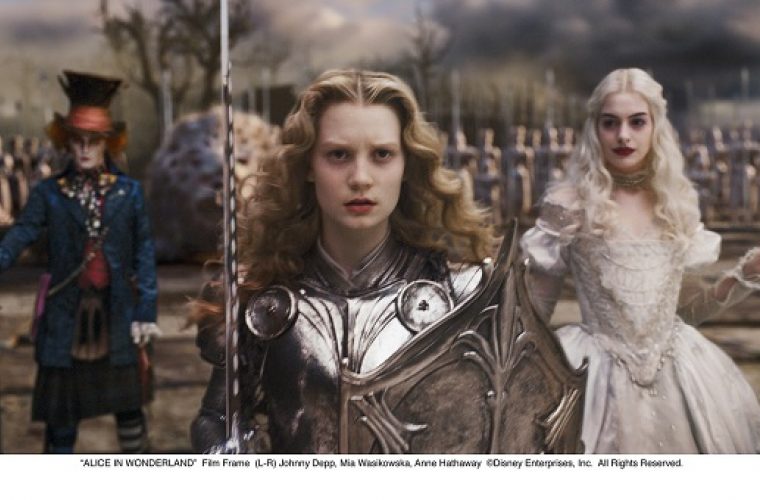 Following the success of its earlier themed series, ‘Science Fiction in Film-Spaceships in Cinema’ and ‘Fashion in Film- Costume as Character’, the Doha Film Institute is presenting a new themed programme for cinema enthusiasts in Qatar that highlights the importance of visual illusions in filmmaking to provide a real sensory experience.

Themed ‘Masters of Illusion’, the special programme runs from June 1st to 5th at the Katara Drama Theatre, and explores the fascinating world of visual perceptions created by master filmmakers to provide audiences with a cinema experience that tricks the mind through the art of deception.

‘Masters in Illusion’ series includes a vibrant line-up of films from some of the most celebrated filmmakers who have defined the use of illusions in their mise-en-scene and added to its popularity along with a master class, ‘Masters of Illusions, Masters of World’, by international film expert and programmer Teresa Cavina.

Teresa Cavina’s Master Class on June 3rd will help audiences find out how such great filmmakers as Federico Fellini, Christopher Nolan and Andrei Tarkovsky, among others, built their film universes around optical illusions to create a fictional world that we inhabit and believe in.

The Prestige (USA/UK/2006) from Christopher Nolan narrates the friendly rivalry between stage magicians Robert Angier and Alfred Borden in the 19th century that becomes a vengeful battle when a trick goes wrong, with tragic results. The film is jammed with mind-bending plot twists – a hallmark of director Christopher Nolan’s films – but perhaps what is most gratifying is that ‘The Prestige’ is itself structured like an elaborate magic trick. The film screens at 9:00 PM on Wednesday, June 1st.

Andrei Tarkovsky’s Mirror (Russia/1975) is generally considered one of cinema’s masterworks, is an ethereal pastiche of significant moments in the life of a dying poet. The film jumps among three discrete time periods, when Alexei, the film’s narrator is a child in the mid-1930s, an adolescent during World War II, and very ill in his forties. Over the course of the film, we are witness to Alexei’s memories and secondhand memories, dreams about his mother, newsreel footage of WWII and the Spanish Civil War and scenes of the present – all loosely drawn from Tarkovsky’s own experiences and centring on family relationships and the recent history of Russia. The film screens at 9:00 PM on Thursday, June 2nd.

Guillermo del Toro’s ‘Pan’s Labyrinth (El laberinto del fauno ) (Spain/Mexico/USA/Mexico/2006) is about the adventures of young Ofelia who moves between the magical world of the labyrinth and the brutal conflict of her home. The film is wonderfully ambiguous as to whether the labyrinth is merely a product of her overactive imagination. Ofelia is a lover of fairy tales, and it is her firm belief in the enchanted realm that provides ‘Pan’s Labyrinth’ with its enduring charm. The film screens at 5:30 PM on Friday, June 3rd.

The Matrix (USA/Australia/1999) by the Wachowski Brothers is a brilliant pastiche of references to dystopian novels like ‘Nineteen Eighty-Four’ and ‘Brave New World’ and tropes borrowed from pop-culture items like ‘The Terminator’, as well as a liberal dose of contemporary cognitive theory. In our age of “the 1%” and the Panama Papers, its consideration day-to-day reality as an illusory construct used to control the masses remains as relevant as ever. Intelligent, politically astute and highly entertaining, ‘The Matrix’ screens at 9:00 PM on Friday, June 3rd.

The Mummy/ The Night of Counting the Years (Al-Mumia’)(Egypt/1969) from Shadi Abdel Salam is shot almost entirely at dusk or dawn, and is a haunting, dreamy story of an Egypt in search of its identity – one in which the dead, forgotten for millennia, seem ever-present, while the living fight over their legacy. When ancient pharaonic artifacts are found for sale on the black market late in the 19th century, Egyptian authorities jump into action, determined to prevent further tomb-raiding and preserve the relics of antiquity. It’s an eerie tale inspired by the real-life discovery of a cache of royal mummies and screens at 5:30 PM on Saturday, June 4th.

Federico Fellini’s 8½’ (Otto e Mezzo) (Italy/France/1963) is a truly brilliant film that has been ensconced in the Western canon since the moment of its release in 1963. A sort of comical and bittersweet tour of the mind of a conflicted artist, the film is made up of Guido’s dreams, daydreams, imaginings of his upcoming film and his memories, as they all puncture, embellish or distract from his current reality. The film screens at 9:00 PM on Saturday, June 4th.

The series also includes a free family screening of Tim Burton’s Alice in Wonderland (USA/2010)at 2:30 PM on Saturday, June 4th. Based on Lewis Carroll's fantasy novels, Alice's Adventures in Wonderland and Through the Looking-Glass, and inspired by Walt Disney's 1951 animated film of the same name, the fantasy film tells the story of a nineteen-year-old Alice Kingsleigh, who is told that she can restore the White Queen to her throne because she is the only one who can slay the Jabberwocky, a dragon-like creature that is controlled by the Red Queen and terrorizes Wonderland's inhabitants.

DFI’s Thematic Series, part of DFI Cinema, provides cultural and creative discoveries for audiences in Doha all year long, making a valuable contribution to the diversity of screen culture in the region. The initiative is aimed at strengthening appreciation for the arts and contributing to the evolution of Qatar’s rich cultural fabric, and offers audiences in Doha a unique opportunity to view films that may not necessarily reach commercial cinemas, and exposes them not only to the history of the medium but also introduces them to new perceptions through a diverse program.