'Long-lost' Disney film discovered 87 years after it was made 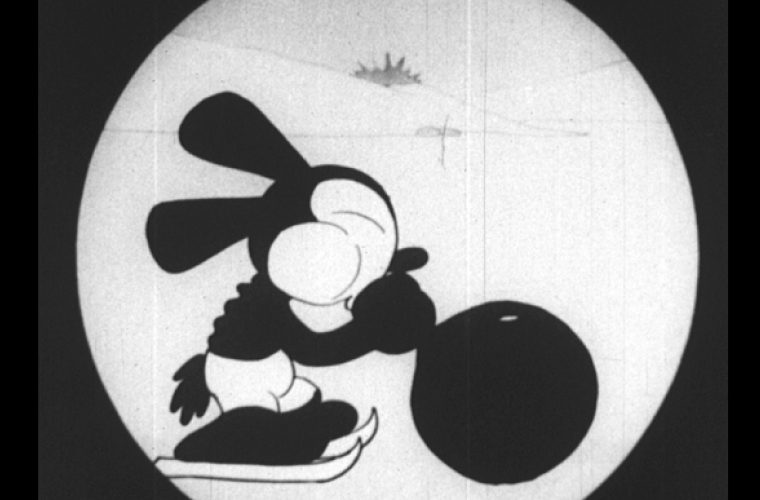 A 'lost' Disney film, showing Oswald the Lucky Rabbit, has been found in the BFI National Archives and will soon be restored.

He was once the most famous Disney character in existence, the first animated creature to entertain a nation of children while Mickey Mouse was but a twinkle in the eye.

Oswald the Lucky Rabbit, the long-eared precursor to Mickey, is to become a star once again after a long-lost Disney film was discovered.

Sleigh Bells, a six-minute-long animation, was first broadcast in 1928, but has long disappeared from public memory after all copies were lost.

Next month, a fully-restored version of the film is to be screened for the first time in decades, after a researcher spotted it among one million items in the BFI National Archive.

It is understood to have been donated to the extensive archive in the early 80s, as part of a collection of film stock from a closing Soho laboratory.

No-one, however, noticed its significance, and it was entered into the archive’s database and left before anyone realised it was the only surviving copy in the world. 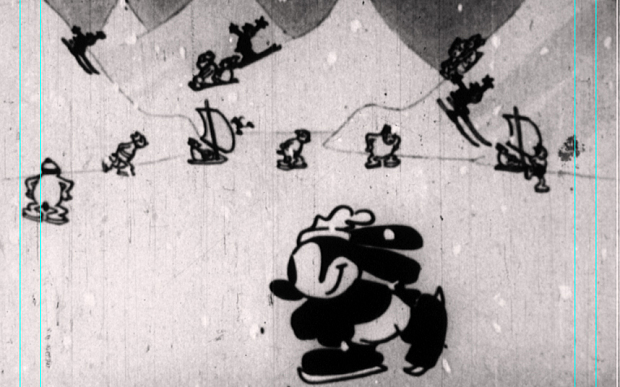 Earlier this year, an American researcher, who was looking for lost titles, typed the name of the film into a new online database at the BFI, and was astonished to find it was in its stocks.

The long-lost film, the last surviving record of Sleigh Bells, will now showOswald the Lucky Rabbit in all his glory.

Fans of Disney will recognised the character’s close similarities with Mickey Mouse, with just a long pair of ears to distinguish the two.

His creators, Walt Disney and Ub Iwerks, went on to create Mickey, following a contractual disagreement with Universal, for whom they had created the Oswald films.

A spokesman for the BFI said: “Oswald the Lucky Rabbit was invented by Walt Disney in 1927 and was loved for his mischievous and rebellious personality.

“A number of other films do survive but Sleigh Bells has been, until now, a lost film, unseen since its original release.”

“The restoration of this film will introduce many audiences to Disney’s work in the silent period – it clearly demonstrates the vitality and imagination of his animation at a key point in his early career.” 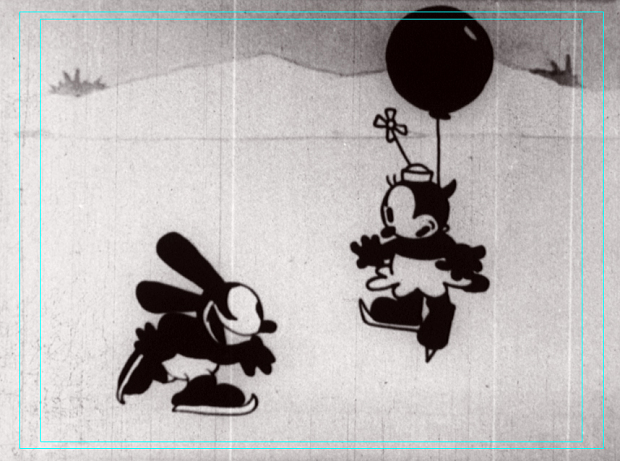 Andrew Millstein, president of Walt Disney Animation Studios, added, "The Oswald shorts are an important part of our Studios' history, and we have been working with film archives and private collectors all around the world to research the missing titles.”

The world premiere of the new restoration of the film, by Walt Disney Animation Studios, will take place at BFI Southbank on December 12 as part of a programme It’s A Disney Christmas: Seasonal Shorts.