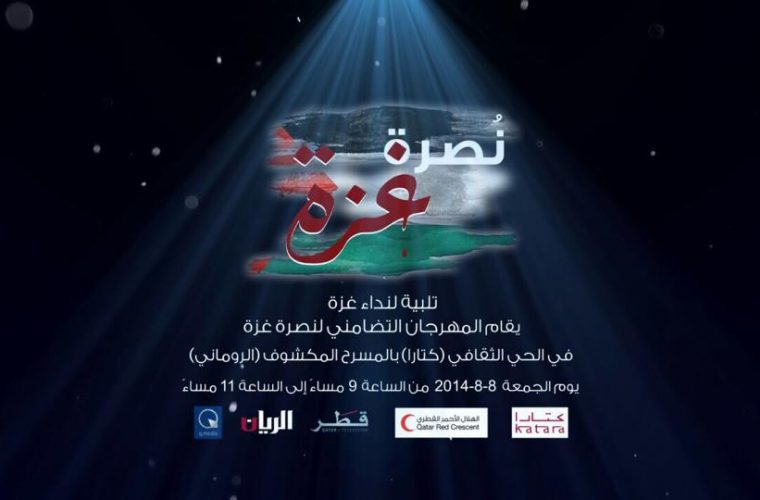 Prominent singers and poets from Qatar, Palestine and Saudi Arabia are set to headline Katara’s solidarity festival in support of Gaza tomorrow at the Katara Amphitheatre.

He lauded the efforts of Katara and Aspire Zone restaurants for their efforts in raising funds for the people suffering in Gaza, as well as everyone who is taking part in the festival tomorrow.

The festival is being organised in collaboration with Qatar Red Crescent (QRC), Qatar TV, Al Rayyan TV and Qmedia.

“We can’t be silent and just watch our brothers in Gaza suffer and face challenges alone with no means for survival, no shelter, no medicines, no electricity because of the Israeli attacks and the siege. The festival tomorrow is a chance to express collectively our solidarity with the people of Gaza and mobilize available resources to support them,” said Dr Mohammad bin Ghanem Al Ali Al Maadheed, chairman of the board of directors of Qatar Red Crescent.

Proceeds of this festival will all go to the people in Gaza. Donations can be made via phone, SMS, online and through the QRC. Katara and Aspire Zone restaurants will also donate their income on that day for the Palestinians in Gaza.

The expo will showcase more than 50 photos of the suffering of the people of Gaza and the difficult life they have experienced every day since a blockade was imposed on Gaza in 2007.

It will run until September 8 and is being organised in collaboration with the QPS, the Palestinian Embassy in Qatar and Qatar Charity.