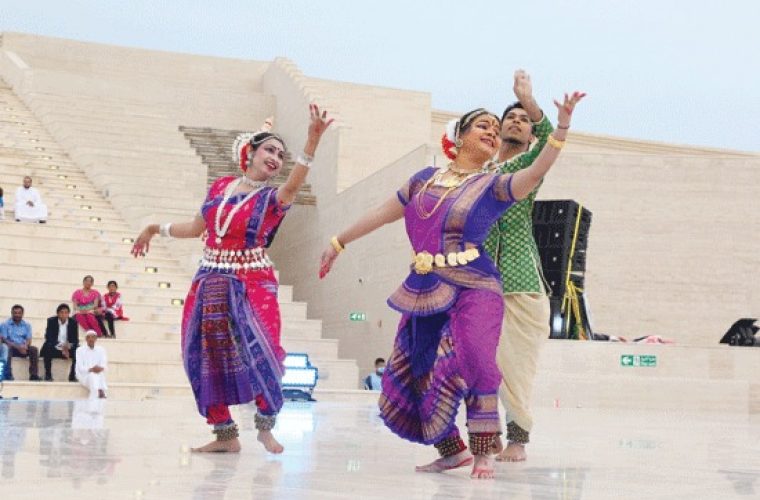 Stemming from its role of enriching the cultural and artistic scene in Qatar and shedding light on diverse international cultures, Cultural Village Foundation — Katara, in collaboration with the Indian embassy, will organise a Kathak dance performance at Katara Drama Theatre on August 5 to mark the 69th Independence Day of India.

Kathak is one of the eight forms of Indian classical dance performed by Kathakars or storytellers. The dance traces its origins to nomadic bards of ancient northern India.

From the 16th century onwards, it absorbed certain features of Persian and Muslim traditions and Central Asian dance imported by the royal courts of the Mughal era.

Kathak is performed straight-legged and the ankle bells worn by the dancer are skilfully controlled.

In the dance, the emphasis is on footwork, hand movements and expressions.

People in an earlier event at Katara Amphitheatre were entertained with folkloric shows and Indian dances.

The dances were like a complete picture where beauty was in coordination of dancers’ moves and bright, traditional clothes.

In India, dance is correlated with happy occasions and official celebrations and has social significance.

Each dance conveys a specific story, and each state has special dances, clothes and music.

The Indian music has multi-identities, genres, instruments that make it special in the world.

Last March, the foundation attracted a large turnout of visitors during the Indian festival featuring 40 stalls of products, services, handicrafts, clothes, food, and henna tattoo which was highly valued by young girls.

Henna is considered a sign of joy, celebration and style in India.